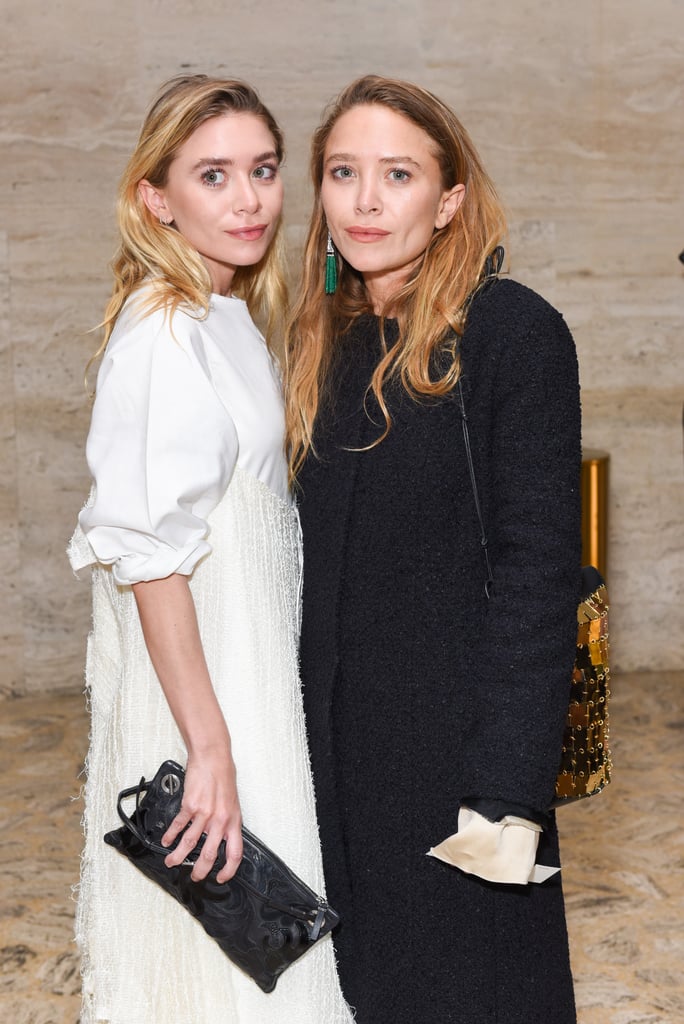 Mary-Kate Olsen attended the Youth America Grand Prix's annual Stars of Today Meet the Stars of Tomorrow gala with her twin sister Ashley and husband Olivier Sarkozy in NYC on Thursday night. While the French businessman stayed in his seat for most of the event, Mary-Kate and Ashley mingled with guests from the world's leading dance companies as well as young dance students; the twosome stayed close in their oversize black and white ensembles as they posed for photos.

Mary-Kate may have had her man by her side, but Ashley is recently single after splitting from her boyfriend of five months, 58-year-old art dealer Richard Sachs. The two ended their relationship in March, reportedly because Ashley "wants to focus on her clothing line right now." She and Mary-Kate have been at the helm of their label, The Row, since 2006 and have picked up three CFDA Awards.