Matt Damon is ready to take his first turn behind the camera, and he's got a talented friend collaborating with him along the way. Matt Damon will direct a film he and John Krasinski wrote together, and the two will also star in the currently untitled movie. Damon will play a salesman who comes to a small town and has his life changed, and though Krasinski will appear, there's no word on his character yet. 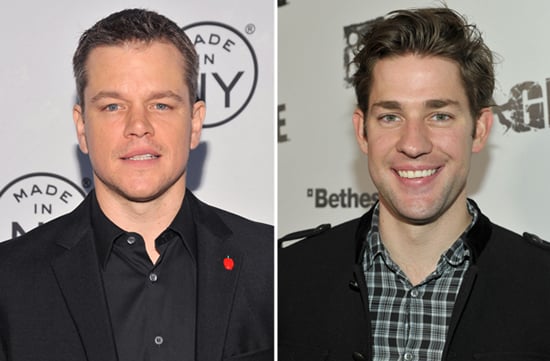 Damon won an Oscar for his screenwriting debut of Good Will Hunting, so I'm eager to see what he has produced with Krasinski. Plus, the project also has the touch from a literary star — author Dave Eggers helped develop the script.