Matt Damon stars in Steven Soderbergh's Contagion, which is out in the US on Sept. 9. He was at a press conference in LA last weekend chatting about what it was like to work with both Steven and writer Scott Z. Burns. Matt also touched on his personal life, revealing a funny nickname that he earned from wife Luciana because of his overprotective tendencies. The actor also spoke about getting advice for one particularly emotional scene and touched on the shaved head he's sporting to shoot Elysium up in Canada. 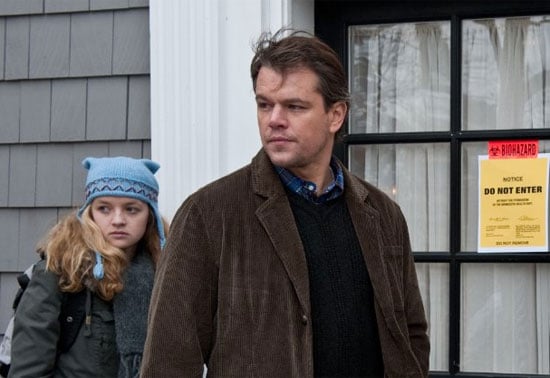 To read what Matt said about first reading the script, his own levels of disaster preparedness, filming one particularly emotional scene, and Steven's supposed retirement, just read more.