Matt Damon gives a candid interview in the upcoming January issue of Playboy. The actor is currently starring in Promised Land, which he cowrote and costars in with John Krasinski, and will play against type in the upcoming HBO movie Behind the Candelabra as Liberace's lover. Matt, who sat down with a writer for the magazine in NYC, also opened up about life with his family and their good friends and new LA neighbors, the Garner-Afflecks. Here are some highlights: 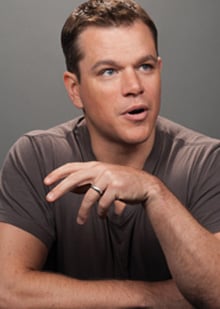 Celebrity Interviews
Tommy Dorfman Is Reintroducing Herself: "I Am a Trans Woman"
by Kelsie Gibson 13 hours ago