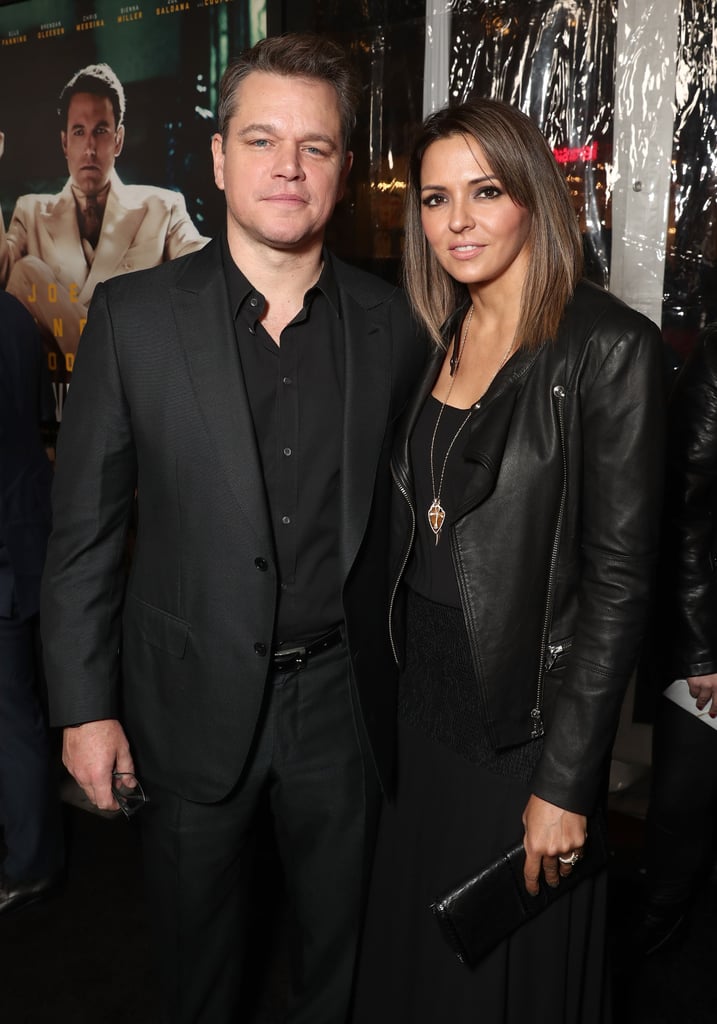 After hitting up the Golden Globe Awards on Sunday night, Matt Damon attended the LA premiere of Live by Night with his wife, Luciana Barroso, on Monday. The two were all smiles as they supported the actor's longtime friend Ben Affleck, who wrote and directed the film. While Matt looked sharp in a black suit, his wife gave her dark ensemble a little flair with a leather jacket. The pair even mingled with another one of our favourite Hollywood couples, Jason Momoa and Lisa Bonet, before heading inside the TCL Chinese Theatre. Of course, nothing compares to Matt's appearance with Ben. The longtime pals just couldn't contain their giggles as they shared a few inside jokes on the red carpet.

Related:
18 Actors Who Didn't Marry Actors — You Might Have a Chance With a Star After All
Previous Next Start Slideshow
Celebrity CouplesLuciana BarrosoRed CarpetMatt Damon