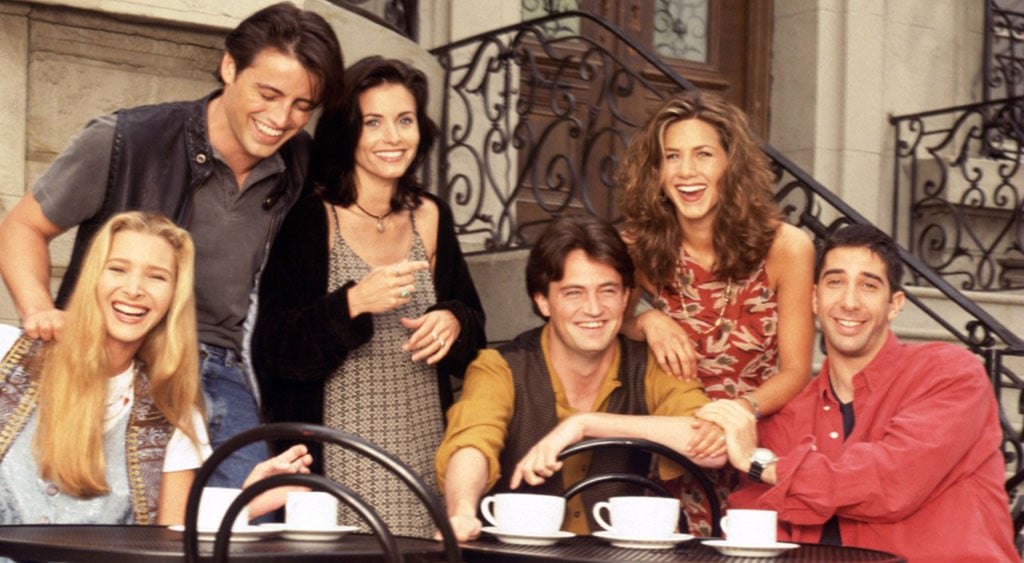 Sometimes it's hard to believe that the series finale of Friends aired more than 12 years ago, especially because reruns of the hit show continue to attract new generations of viewers. But while the Central Perk gang drank their last cups of coffee together, the real-life stars still love getting together. Matt LeBlanc, who played Joey Tribbiani, recently opened up about his bond with Jennifer Aniston, Matthew Perry, Courteney Cox, Lisa Kudrow, and David Schwimmer while speaking on a panel for his new CBS show, Man With a Plan, in LA on Wednesday. When asked about his relationship with onscreen roommate Matthew, Matt said, "I saw him yesterday. I could not see him for five years, and then put me in a room with him, and it will be like I saw him yesterday. We still have this shorthand with one another. It's amazing, really. Ten years in a building with no windows, with the door locked, we got to know each other pretty well. I love that guy." He also expanded on keeping in touch with the others, adding, "I love all five of those people. We spend a lot of time together." Could this BE any cuter?