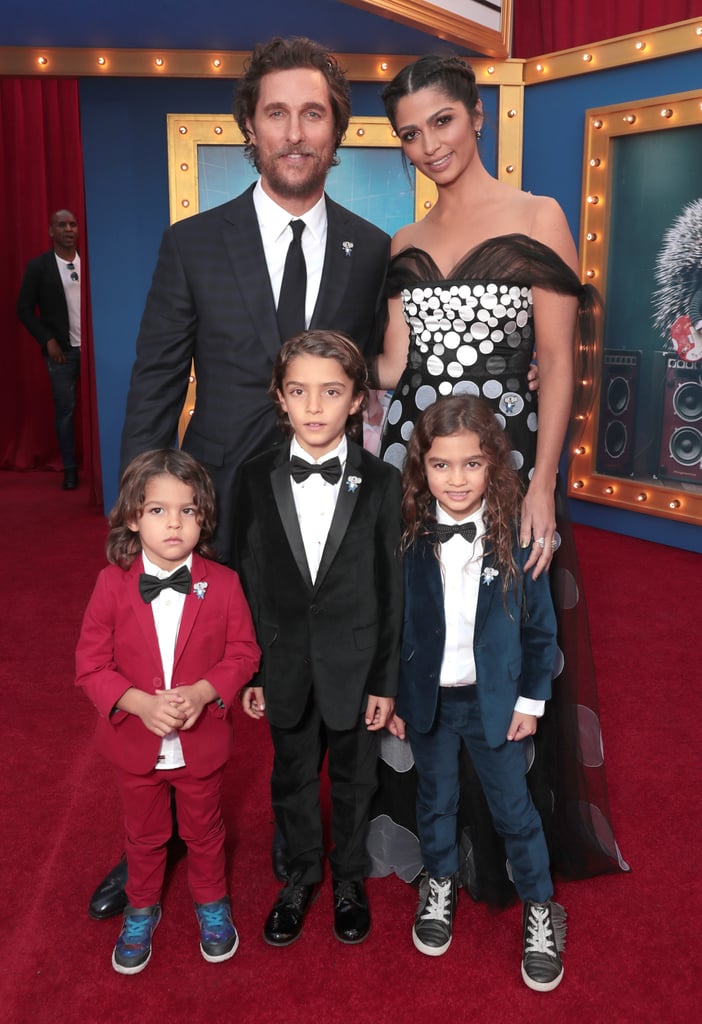 The premiere of Sing took over LA on Saturday evening and brought out of a handful of celebrity families, including Matthew McConaughey's. The actor, who lends his voice to Buster Moon in the movie, had the support of his beautiful wife, Camila Alves, and their three kids, daughter Vida and sons Levi and Livingston. Jennifer Hudson brought along her son, David Otunga Jr., and Kelly Rowland was accompanied by her son, little Titan Witherspoon. Also on hand for the event were Reese Witherspoon and her gorgeous family, along with Mario Lopez, his wife, Courtney Mazza, and their two kids, Gia and Dominic. The animated film is about a koala named Buster Moon who has one final chance to restore his theatre by producing the world's greatest singing competition. Check out the trailer now, and see the movie when it hits cinemas on Jan. 27.

by Morgane Le Caer 16 hours ago