Matthew McConaughey and Naomi Watts's new film, Sea of Trees, earned a rare distinction at Cannes Film Festival yesterday: it was one of the few movies in the film festival's recent history to earn a rousing round of boos at its premiere. Today, at a press conference for the project, reporters unsurprisingly asked about the chilly reception. "I real simply will say that people have as much right to boo as they do to ovate," McConaughey said diplomatically, seeming relaxed despite the negative reactions. 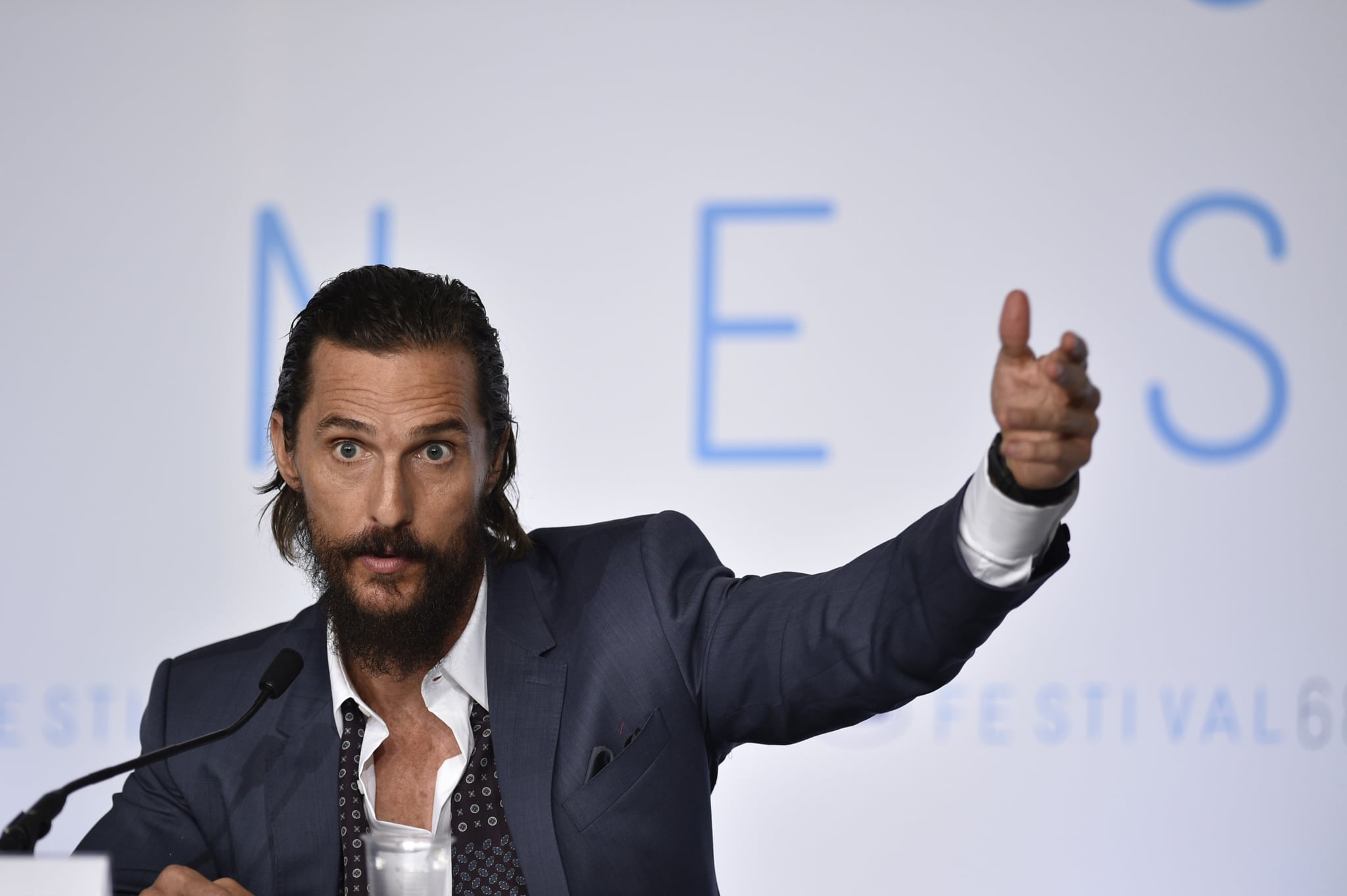 "I'm happy to be invited to be here, that the film got in, and it was a great experience making the film," the ever-positive McConaughey added. "I'm working presently in the United States, but I wanted to make the time to come over. This is fun. I look at this as kind of dessert."

McConaughey and Watts's new film was directed by Gus Van Sant (Good Will Hunting, Milk) and tells the story of a man's journey into Japan's infamous "Suicide Forest" following the loss of his wife. Watts said the limited budget and tight schedule forced her and McConaughey to get creative about developing their characters' chemistry as a married couple. She recalls sending him an email that read: "Do you mind if we write each other in character?" Watts continued: "I got an email back 10 minutes later that said, 'Write at will. Love, Arthur' . . . Sometimes they were three pages long — Matthew's a fantastic writer."

Talk also turned to Watts and McConaughey's personal relationships, given the movie's subject matter. Both stars were asked what makes them really, truly happy. "Family. Kids," Watts replied. "Watching them discover life and figure things out, there's nothing more wonderful." For McConaughey's part, he said: "Something to look forward to."