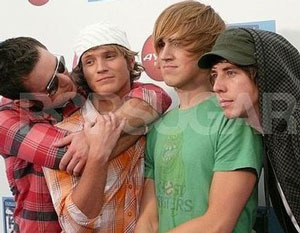 Those 2012 Olympic party performers McFly have a new single coming out on September 15, and it's called "Lies".

The song's pretty epic and I think it's one of the boys' best yet.

The fantastical video for the single starring Dougie, Harry, Tom and Danny premiered on T4 recently – check it out right here, right now and let me know what you think!