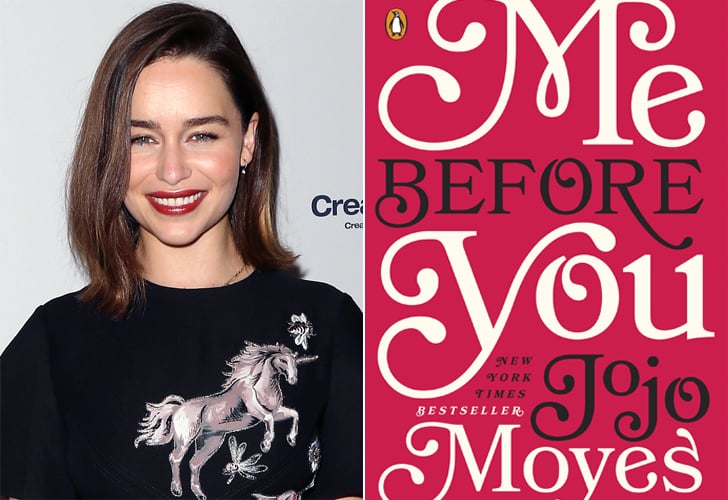 Jojo Moyes's bestselling book Me Before You is heading to the big screen, and the film's cast reads like a who's who of major franchises. Thea Sharrock is directing the film, which is about a woman who forms an unlikely connection with a paralysed man, and it's set to be released in June 2016. Some of our favourite brits take on the major roles. Game of Thrones star Emilia Clarke will play the lead, Louisa Clark, opposite the adorable Sam Claflin. Meanwhile, there's a Harry Potter actor in the mix, plus a Doctor Who star, andone of Clarke's Game of Thrones costars. Keep reading for a look at the Me Before You movie cast, then see pictures of Clarke and Claflin filming in Majorca, Spain, this past Summer.

Previous Next Start Slideshow
Me Before YouBooks To MoviesMovie CastingMoviesBooks