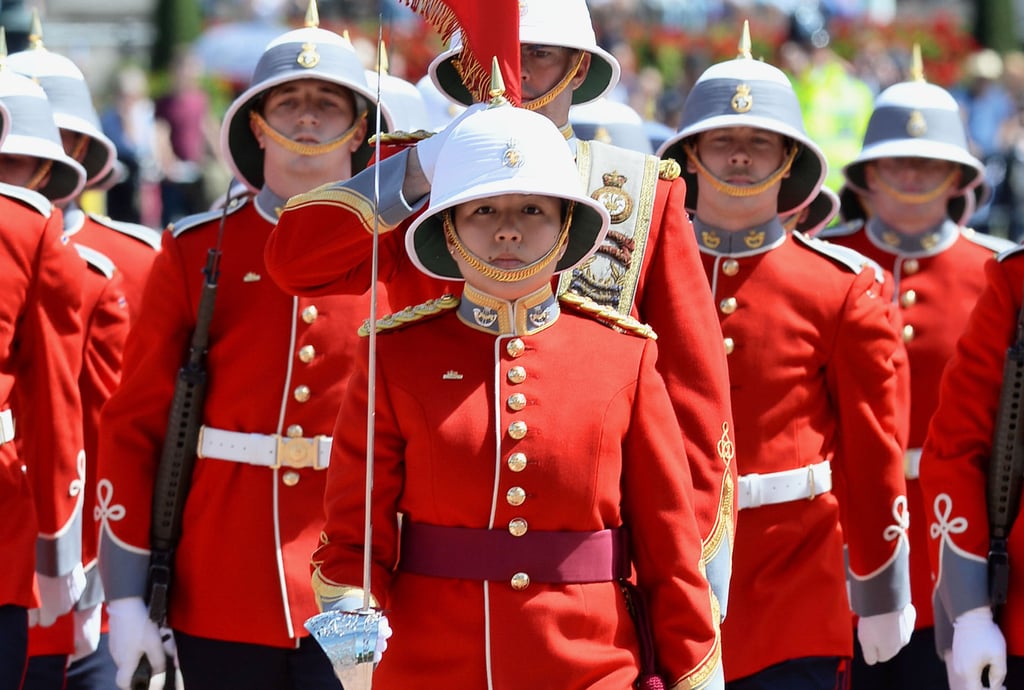 Megan Couto, a 24-year-old Canadian soldier, has made history as the first woman to become captain of the Queen's Guard at Buckingham Palace. On Monday, Megan, who is taking up the role with her unit, The Second Battalion, Princess Patricia's Canadian Light Infantry, marked her first day of commanding the troops that guard Queen Elizabeth II and other royal residences in London. Ahead of her big march from Wellington Barracks to the palace — she led nearly 40 male soldiers through the changing of the guard — Megan told Sky News that she was "not feeling too nervous." "We've practiced enough and all the guys have been through their paces," she said. "I've just to focus on saying the right commands." She added: "I'm just focusing on doing my job as best I can and staying humble," and "Any of my peers would be absolutely delighted to be captain of the Queen's Guard and I'm equally honoured."

It's a huge accomplishment for Megan, as women were banned from taking ground close combat roles at the palace until July 2016. Of the more inclusive new rules, Defence Secretary Sir Michael Fallon said that he has "always wanted roles in our armed forces to be determined by ability not gender," adding, "By opening all combat roles to women, we will continue to build on these successes and improve the operational capability of our military." Way to go, Captain Couto!