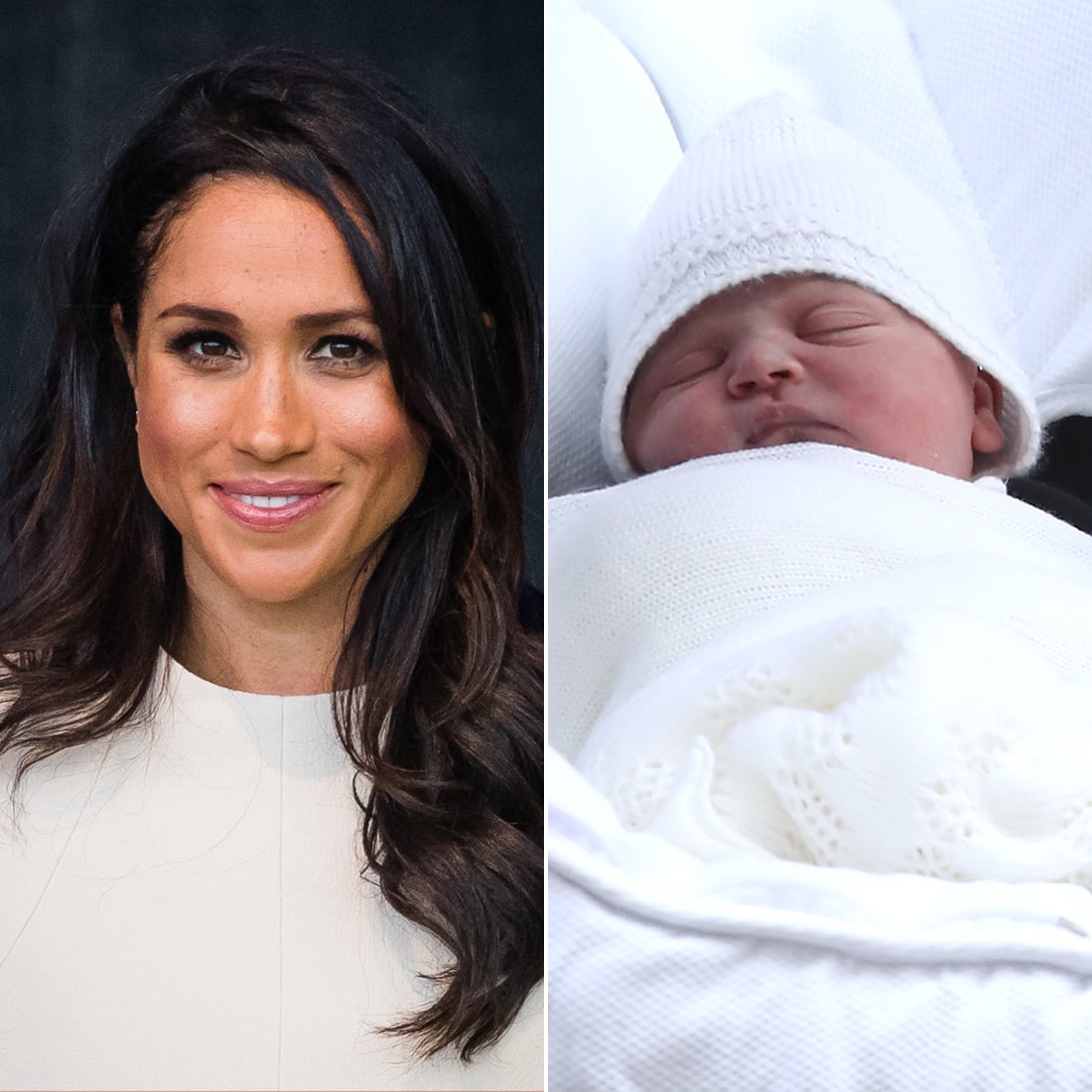 Prince Louis may only be 2 months old, but he already shares a special connection with his new aunt, Meghan Markle. The royal's christening will be held on July 9 in the Chapel Royal at St. James's Palace in London, and if the location sounds familiar, that's because it's the same place where Meghan got baptised back in March. Not only that, but the service will be conducted by the Archbishop of Canterbury, the Most Reverend Justin Welby, who baptised Meghan and officiated her nuptials to Prince Harry. Justin also christened Prince George in October 2013 and Princess Charlotte in July 2015.

It's still unclear who Kate Middleton and Prince William will select as Louis's godparents, but it's likely he'll have five just like Charlotte. The royal affair will also possibly bring out Harry and Meghan, as well as Pippa Middleton and her husband, James Matthews, and, of course, George and Charlotte. We can hardly wait to see the royal family together again!