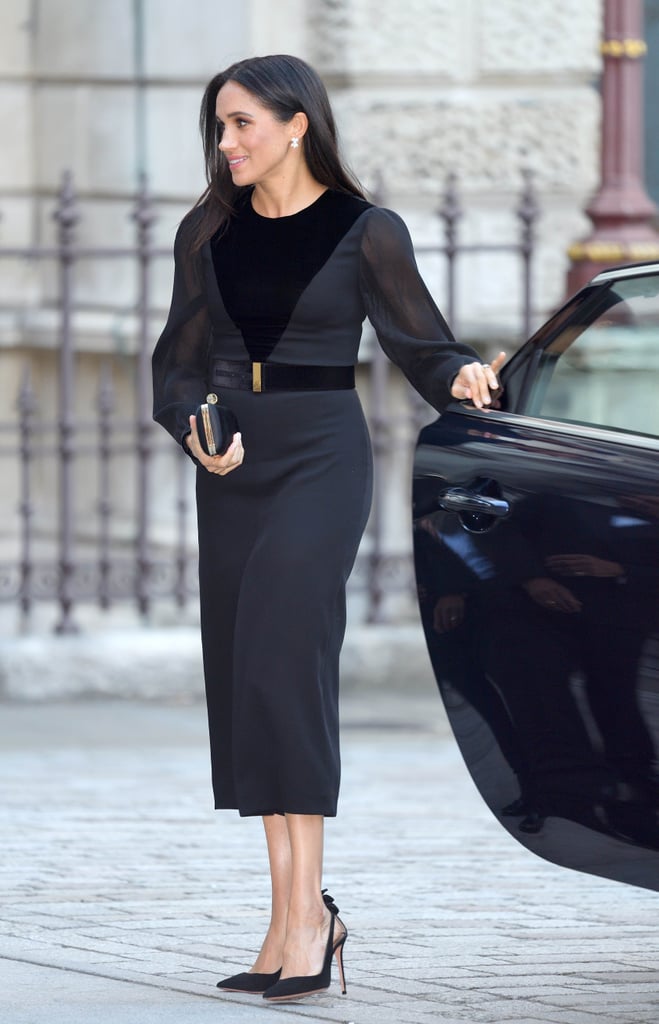 So . . . Meghan Markle Shut Her Own Car Door, and People Are Royally Freaking Out

On Tuesday night, Meghan Markle hit another royal milestone when she took part in her first official solo engagement since marrying Prince Harry. But as the Duchess of Sussex made her way inside the Royal Academy of Arts in London for the opening of a new exhibition, she appeared to — shock, horror! — close the door of her car herself. Cue the royal drama!

Over the years, members of the royal family have been known to leave their car doors to be shut by their protection officers. Meghan, however, who stunned in a black Givenchy dress, automatically reached to close it, which immediately sent Twitter into a meltdown.

"A Princess who still takes time to shut her car door. Well done Meghan!" said one user. Read on to see more photos of the moment that sent the internet into a frenzy, and take a look at some of the funniest (and most ridiculous) tweets I came across. Because, you know, shutting a car door is such an extraordinary task.

Related:
Serena Williams Opens Up About How She and Meghan Markle Have Recently Grown Closer
Previous Next Start Slideshow
The RoyalsTwitter ReactionsMeghan MarkleThe British Royals
Around The Web

British Celebrities
James Corden Gave Prince Harry a Tour of LA, and There's a Lot to Unpack — Let's Get Started
by Tori Crowther 5 hours ago