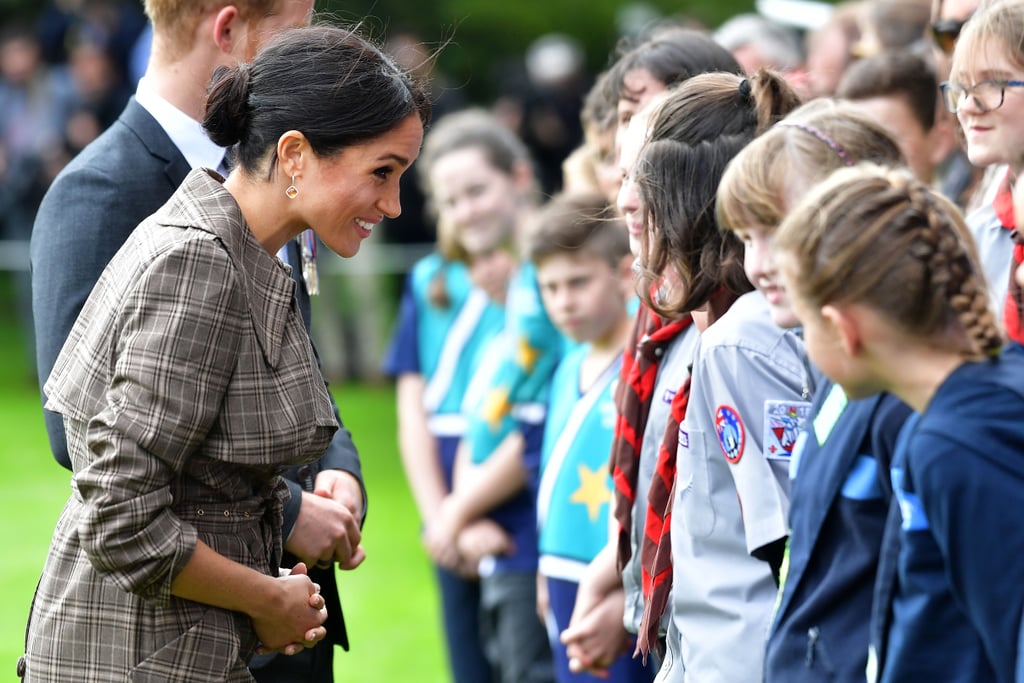 Meghan Markle has had a ton of royally sweet moments during her 16-day tour of the South Pacific with Prince Harry. She's delivered powerful speeches, held her husband's umbrella, teared up at a hilarious children's song, and recently, spent time comforting a sobbing fan.

The royal couple touched down in Wellington, New Zealand on Sunday, after saying goodbye to Australia and the Invictus Games. They first stopped at the Tomb of the Unknown Warrior at the Pukeahu National War Memorial, then greeted the crowds of gathered fans, much like their visit in Melbourne.

While saying hello to the masses, the duchess (and mum-to-be) was drawn to a crying teenage fan and reportedly spent "quite a while" talking with her. "One of the sweetest moments on the #royaltour so far!" tweeted reporter Natalie Oliveri. This isn't the first time during the tour that the royals have stopped to comfort an overwhelmed fan — Harry actually broke traditional protocol when a young woman burst into tears!

Check out more snaps of Meghan and Harry's interaction with fans in Wellington below. When it comes to royal walkthroughs, these two are seasoned pros now.

Related:
Meghan Markle Shared Her First Tweet As a Royal, and of Course, It's a Photo of Harry
Previous Next Start Slideshow
The RoyalsMeghan MarkleThe British Royals
Around The Web