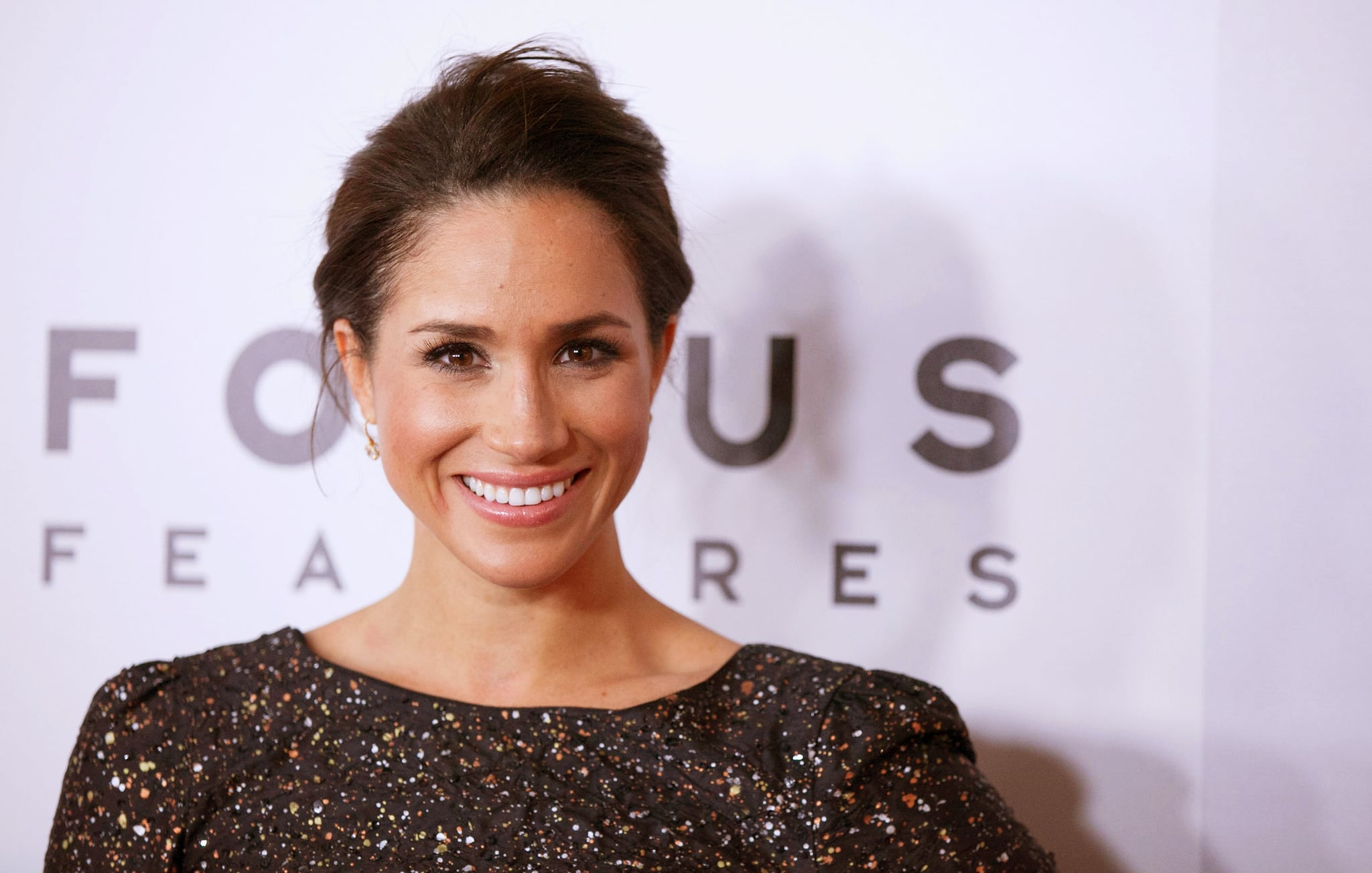 Suits actress Meghan Markle might be getting plenty of attention these days thanks to her high-profile romance with Prince Harry, but she's way more than just royal arm candy. She recently wrote an incredibly moving and inspiring essay for Elle detailing the careful, tricky balance of maintaining both her Hollywood career and her philanthropic endeavors, as well as why she takes being a public female figure so seriously. She starts off by noting how she's writing the essay from a trailer on the set of Suits with her mother by her side, and why she once turned down a glitzy appearance at the BAFTAs to spend more time at the Gihembe refugee camp in Rwanda.

"My brain, heart and spirit couldn't shift gears that quickly, from the purpose-driven work I had been doing all week in Rwanda to the polished glamour of an awards show. 'No,' my heart said. And it wasn't a soft whisper; it was a lion's roar," she wrote. "I looked out the car window and saw a world of verdant beauty that had been riddled with genocide and unrest only 22 years ago, but had recovered with a decisive choice to overcome. The rolling fields, the goats and thump-thump of the ground as we drove – to me, it was bucolic bliss. It was love at its core. And in that moment, my gut said no because while my two worlds can coexist, I've learned that being able to keep a foot in both is a delicate balance. No, they are not mutually exclusive but guiding my heart through the swinging pendulum from Hollywood fantasy to third-world reality is challenging in its own way."

Meghan also reflects on how her parents — her mother, "a free-spirited clinical therapist," and her father, a television lighting director — raised her to be a global citizen, which opened her eyes to some harsh realities. "My parents came from little so they made a choice to give a lot: buying turkeys for homeless shelters at Thanksgiving, delivering meals to people in hospices, giving spare change to those asking for it," she continued. "It's what I grew up seeing, so it's what I grew up being: a young adult with a social consciousness to do what I could and speak up when I knew something was wrong." She goes on to reveal how childhood experiences shaped her into the feminist she is today, which led to the opportunity for her to give a speech on International Women's Day with UN Women. "[The speech was] a testament to the fighting spirit I had as a girl, and the responsibility I now feel as a woman and as an actress. The moment Suits became successful and I realized people (especially young girls) were listening to what I had to say, I knew I needed to be saying something of value."