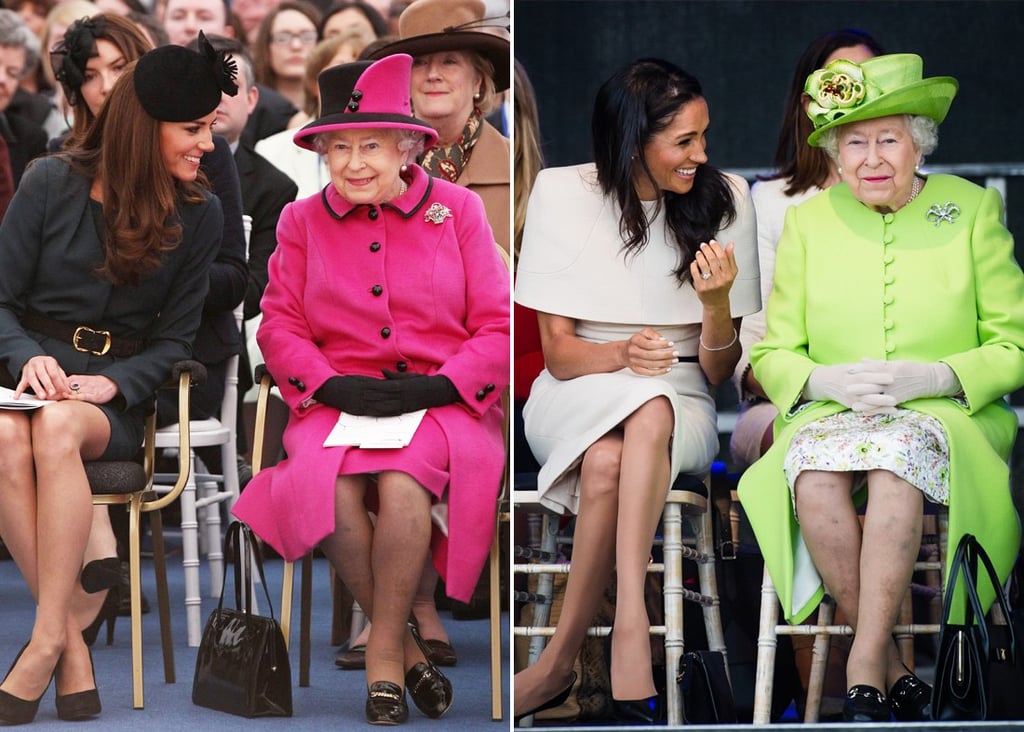 Meghan Markle officially joined the royal family when she tied the knot with Prince Harry in May, and she has already hit the ground running. Aside from taking on a brand new title, the Duchess of Sussex, she's been busy making official appearances with various members of the royal family. After having a giggling fit with Prince Charles and his wife, Camilla, last month, Meghan had her first solo outing with Queen Elizabeth II as they took the royal train to Cheshire.

While we can't get enough of the pair's sweet bond, we also can't get over how similar her outing is to the Duchess of Cambridge's first appearance with the queen. Almost a year of marrying Prince William in April 2011, Kate had her first official engagement with Queen Elizabeth when they visited Leicester in March 2012. The two were joined by Prince Philip as they travelled by train from Kings Cross St. Pancras Station as part of the Queen's Diamond Jubilee tour. See how the duchesses' first appearances with the queen compare below.