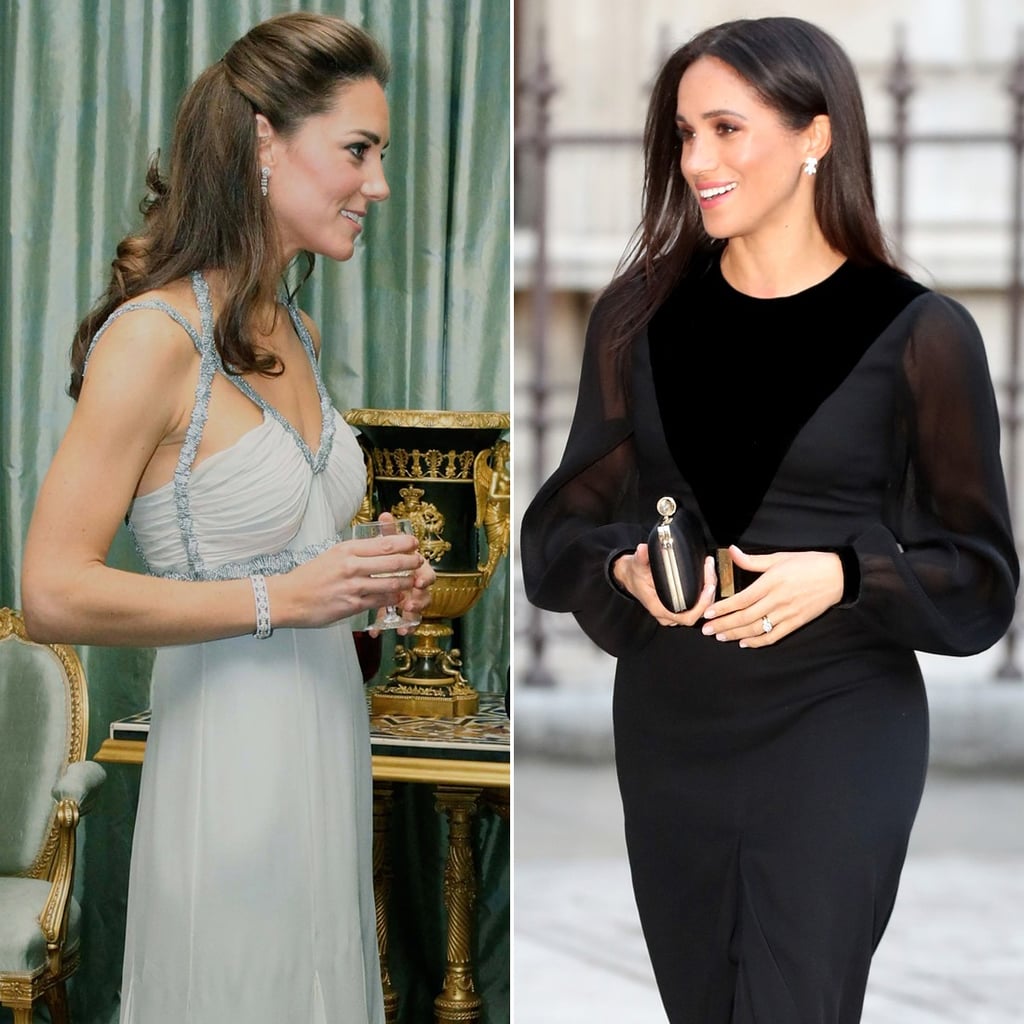 Meghan and Kate's First Solo Outings Were Totally Different, but They Were Both Equally Stunning

Meghan Markle hit another royal milestone: her first solo engagement! On Tuesday, the Duchess of Sussex helped open "Oceania" at the Royal Academy of Arts in London, marking the UK's first-ever major survey of oceanic art. Meghan, of course, stunned in a stylish black Givenchy dress, and was all smiles during the event. The special milestone comes four months after Meghan tied the knot with Prince Harry and it immediately reminded us of Kate Middleton's first solo event back in October 2011.

Unlike Meghan, the Duchess of Cambridge's first solo outing came three months after she wed Prince William. Kate hosted a charity ball in support of In Kind Direct at Clarence House and looked gorgeous in a cut-out gown. Prince Charles was originally supposed to attend the ball but pulled out for an emergency trip to the Middle East. Ahead, see photos from Meghan and Kate's first solo engagements, side by side.

Related:
31 Times Harry and Meghan Made Their Love For Each Other Loud and Clear
Previous Next Start Slideshow
The RoyalsMeghan MarkleThe British RoyalsKate Middleton