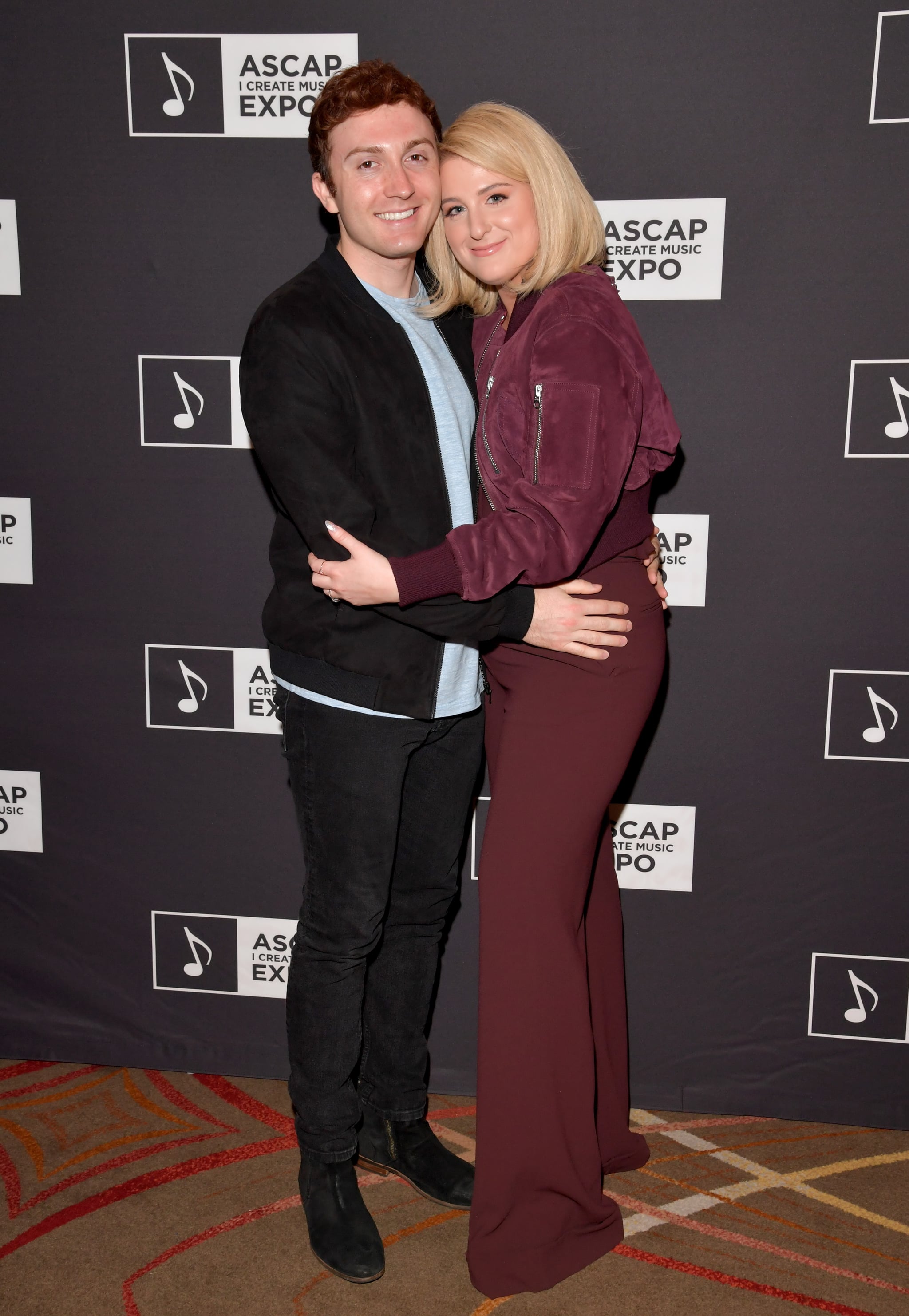 It's official — Meghan Trainer and Daryl Sabara are husband and wife! The couple tied the knot on Saturday — which was also Meghan's 25th birthday — in a private backyard ceremony at their LA home. The Grammy winner and 26-year-old Spy Kids actor were joined by about 100 of their closest friends and family members.

The two have been gearing up for their big day ever since becoming engaged a year ago. On Dec. 10, Daryl posted a sweet photo of him and Meghan flashing bright smiles at the camera with the caption, "Getting married to this beautiful woman so soon." A few days later, Meghan posted a video of her touring and travelling with Daryl, adding it, "My last shows as a fiancé."

According to E!, the couple began dating in July 2016, though Meghan didn't actually confirm the news until October when she posted a photo of them together on Instagram. Back in May 2017, Meghan opened up about their relationship to Cosmopolitan, recalling their adorable first date. "We went on a double date — bowling and karaoke," she told the magazine. "He kissed me at the bowling alley. I told my security to step outside 'cause I didn't want to be watched." Just think — they went from bowling alleys to walking down the aisle. Congratulations to the happy couple!