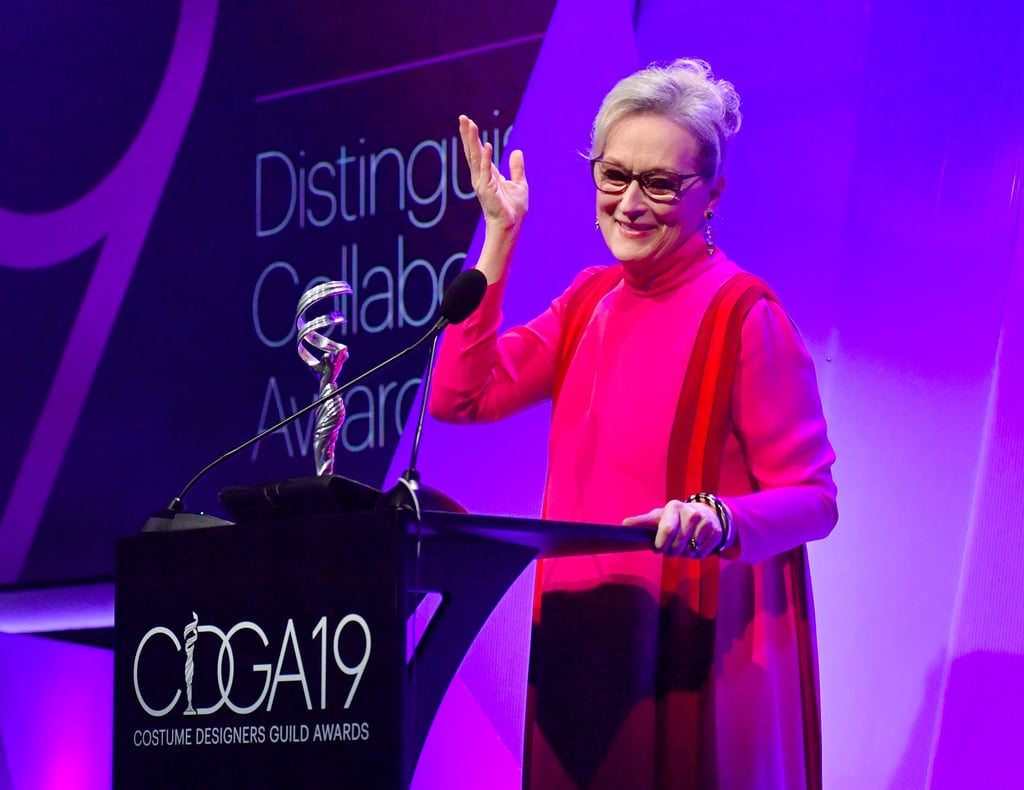 Overrated Actress Meryl Streep Gets Another Award, Continues to Prove the President Is a Joke

After Meryl Streep destroyed Donald Trump during her amazing acceptance speech at the Golden Globe Awards in January, the actress continues to shut him up without saying a single word. Meryl, who didn't mention Trump by name when she spoke about respect and diversity while accepting her Cecil B. DeMille Award, was met with a toddler-like tantrum from the president over her honest words. He took to Twitter soon after the show to call her "one of the most over-rated actresses in Hollywood." The only problem? He's wrong and should sit the hell down.

The Hollywood icon won yet another well-deserved award on Tuesday when she took home the distinguished collaborator award from costume designer Ann Roth at the Costume Designers Guild Awards in LA. Meryl, who brought daughter Mamie as her date, was recognised for her "unwavering support of costume design and creative partnerships with costume designers." Fellow star James Corden also poked fun at Trump when he called Meryl "the worst" and "a complete bitch" while helping present the award. "Now listen, I disagree with almost everything Donald Trump has ever said," James joked. "But when he tweeted that . . . I'm joking, of course. It's great to see someone like Meryl finally recognised with an award."