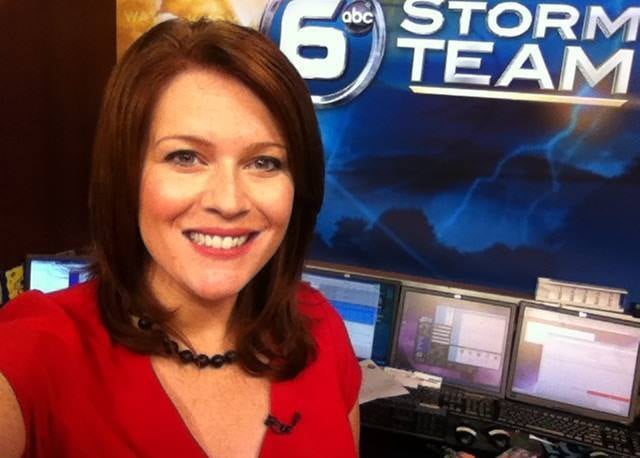 Meteorologist Handles a Sexist Letter in the Most Poised Way Possible

Julya Johnson, a meteorologist for WATE TV in Tennessee, USA, made headlines this week when a letter from one of her longtime viewers went viral. The note — which was sent to Julya from "an elderly person who depends on" the station for daily news and weather — focuses mainly on the dresses she wears on air, which the viewer claims "fit snugly under [Julya's] bust." Julya shared the letter on her Facebook page Friday along with a heartfelt, poised response detailing her disappointment:

"So, it's not fun to wake up to things like this. No return address was left, so I'll address it here. I will never, ever be able to please everyone with my appearance. It's not possible. I have tried for 12 years on-air to do that. I have 'changed my appearance' to try to please people before. It never works. So, I please myself. I like my dresses. I feel good about my appearance. I am always covered, dressed modestly and professionally. Yet, she mentions that I am a great meteorologist! And she also says I get 'no compliments?' Does the fact that I bring an accurate forecast mean nothing? I was a straight-A student. If I had known being on People's list of 'best dressed' mattered more than an accurate forecast, I could've saved a ton of money on that meteorology degree. Don't do this, people. Just don't. It's very rude. That's my opinion, and it is as valuable as anyone else's opinion. Thank you."

The incident bears a similarity to the 2012 case in which actor Ron Livingston's sister, Jennifer, a news anchor in La Crosse, WI, received a nasty email from a male viewer criticising her weight.

One look at Julya's Facebook photos will easily confirm that her choice of dress is pretty tame, even by office standards. Read the letter below, and let us know: what do you think of the way Julya Johnson handled the unfortunate letter she received?