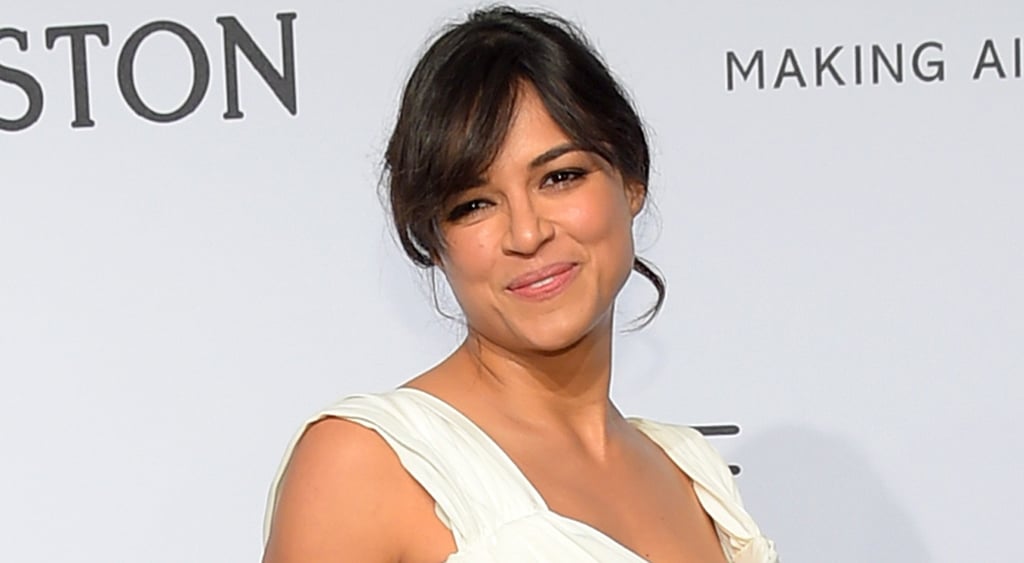 A video of Michelle Rodriguez saying minority actors should "stop stealing all the white people's superheroes" in movies has gone viral. It all started when Michelle left dinner at Katsuya in Hollywood on Friday night. After a TMZ reporter asked Michelle if she will take on the role of the Green Lantern, a popular DC comic book character, Michelle said, "That's the dumbest thing I've ever heard." She continued, "Because of this whole 'minorities in Hollywood' thing . . . it's so stupid. It's, like, you know, stop stealing all the white people's superheroes. Like, make up your own."

Over the weekend, Michelle took to Facebook to apologise for her controversial remarks, saying she believes her comments were "taken out of context" and acknowledging that "a lot of people got offended." The remainder of the three-minute clip, which the actress shot herself at home, offers a lengthy clarification of her beliefs:

I have a tendency to, like, you know, speak without a filter. Sorry about that. What I really meant was that . . . there's a language, and the language that you speak in Hollywood is successful franchise. And I think that there are many cultures in Hollywood that are not white that can come up with their own mythology. . . . It doesn't matter what culture you come from. I'm just saying that instead of trying to turn a girl character into a guy or instead of trying to turn a white character into a black character or a Latin character, I think that people should stop being lazy and, you know, that people should actually make an effort in Hollywood to develop their own mythology.

Makeup
What's the 2016 vs. 2021 Makeup Challenge on TikTok? These Looks Will Take You Back
by Danielle Jackson 3 weeks ago