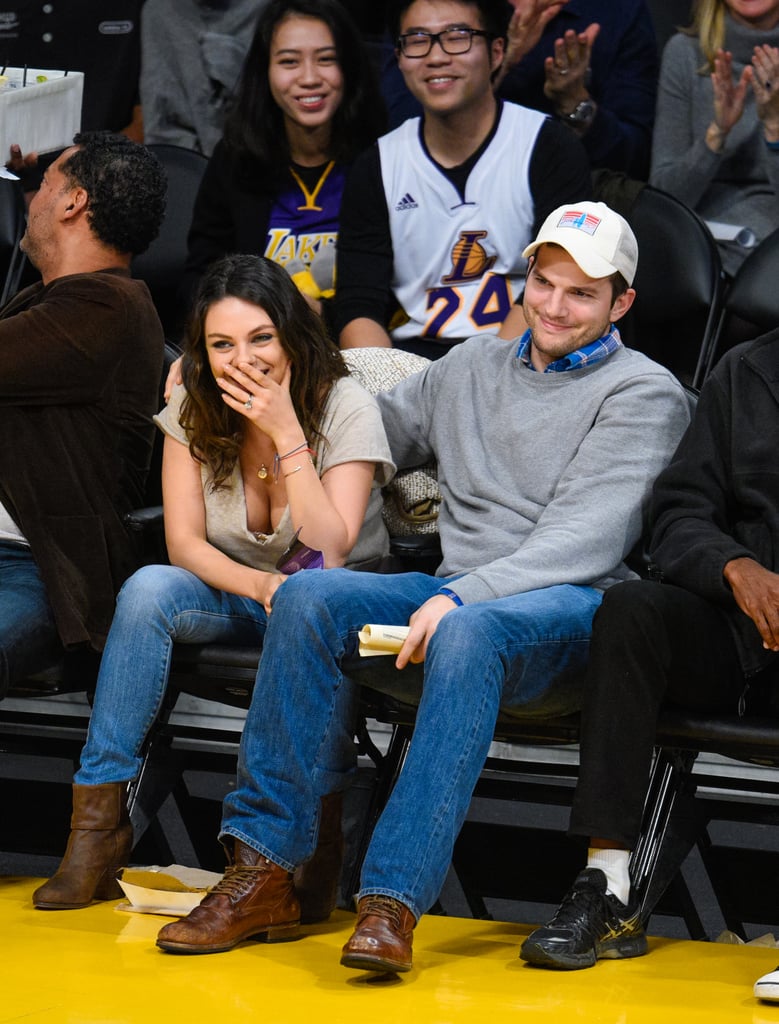 Mila Kunis and Ashton Kutcher packed on the PDA during a Friday date night at a Lakers game in LA. The pair sat courtside in their first public joint appearance since Mila gave birth to daughter Wyatt in October. Ashton and Mila shared several kisses throughout the game, with Mila getting in a giggly mood after one particular smooch. The couple also posed for selfies with fans and shared a funny exchange with Kobe Bryant while he was on the court. The actress also gave a glimpse of a cute memento for her daughter — a silver necklace she wore that featured a "W" etched into a silver circle.

The couple has slowly been getting back into public life since welcoming their first daughter two months ago. Mila recently gave her first postbaby interview on the Late Show With David Letterman, explaining that Wyatt's possibly rebellious teenage years will be "daddy's problem." Meanwhile, Ashton appeared on The Ellen DeGeneres Show earlier this month where he revealed that he and Mila have yet to get a nanny because they want to spend as much time with their little one as possible.