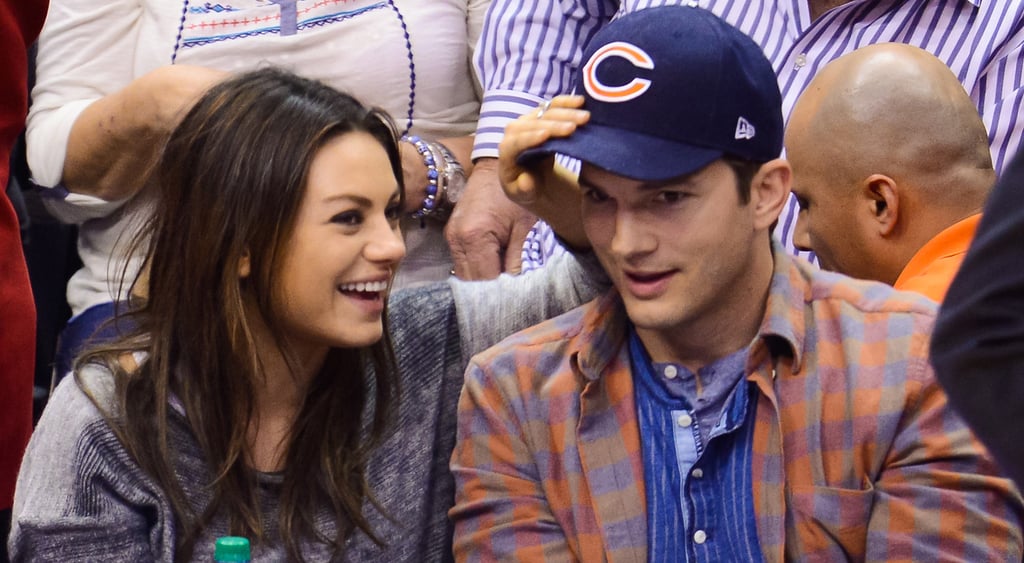 Mila Kunis and Ashton Kutcher are parents! The actors welcomed a daughter together on Tuesday night at Cedars-Sinai hospital in LA. Ashton shared the happy news on his website with the following announcement: "Mila and I would like to welcome Wyatt Isabelle Kutcher to the world. May your life be filled with wonder, love, laughter, health, happiness, curiosity, and privacy." He also included a photo of the newborn among a crop of other babies (and baby animals) inviting us to guess which one is Wyatt. Tricky!

Ashton and Mila got engaged in February after nearly two years of dating, and while we first learned of Mila's pregnancy back in March, it wasn't until two months later that she confirmed the news during an appearance on The Ellen DeGeneres Show. Mila talked about her pregnancy cravings and plans for a natural birth and got even more candid about her upcoming labor in the July issue of Marie Claire, saying, "Two people are allowed in my delivery room. My doctor and my significant other. And he is staying above the action. He'll be head to head. Not head to vag. Unless he wants to risk his life and see. But I wouldn't if I were him." It's been a long, adorable road for Ashton and Mila, who first met on the set of That '70s Show, and we couldn't be more excited about their new bundle of joy. Congrats to the couple!