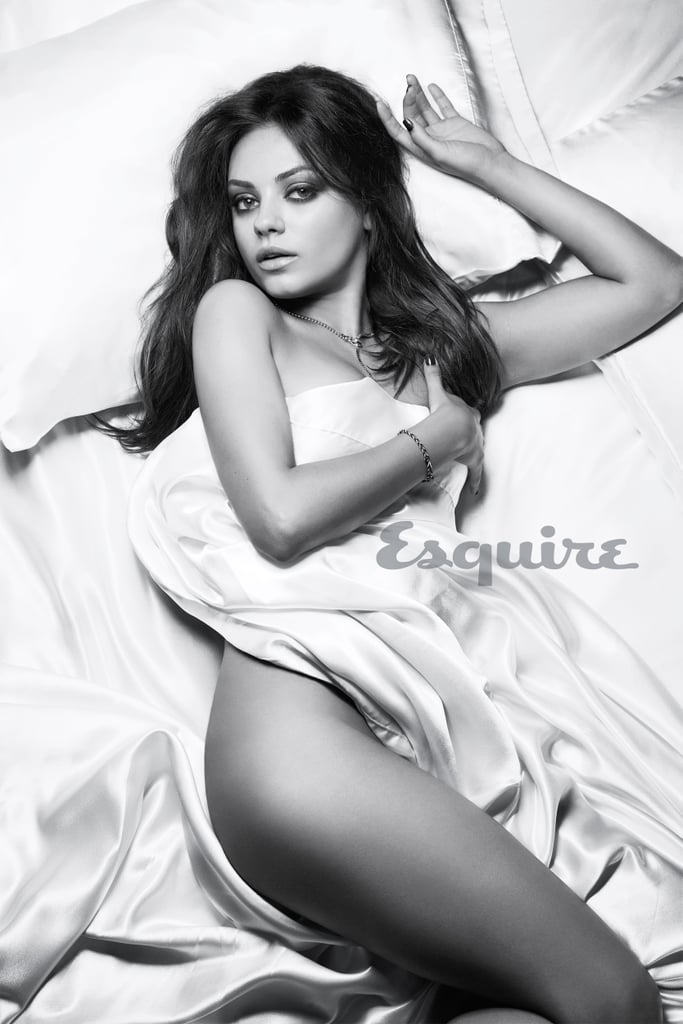 Mila Kunis has the honor of being Esquire's Sexiest Woman Alive for 2012. To celebrate the award, she posed for a steamy shoot featured in their upcoming November issue, on newsstands Oct. 16 — check out a behind-the-scenes video of Mila working with the magazine. Mila's currently in NYC working on her latest project, The Angriest Man in Brooklyn, with Robin Williams. She spoke about her career, as well as humor and her love of politics, in an accompanying interview. Here are highlights from Mila in Esquire:

Staying Home
OK, Ashton Kutcher Sounds Like the Coolest Homeschool Teacher: "I Like Me Some Teaching"
by Perri Konecky 05/5