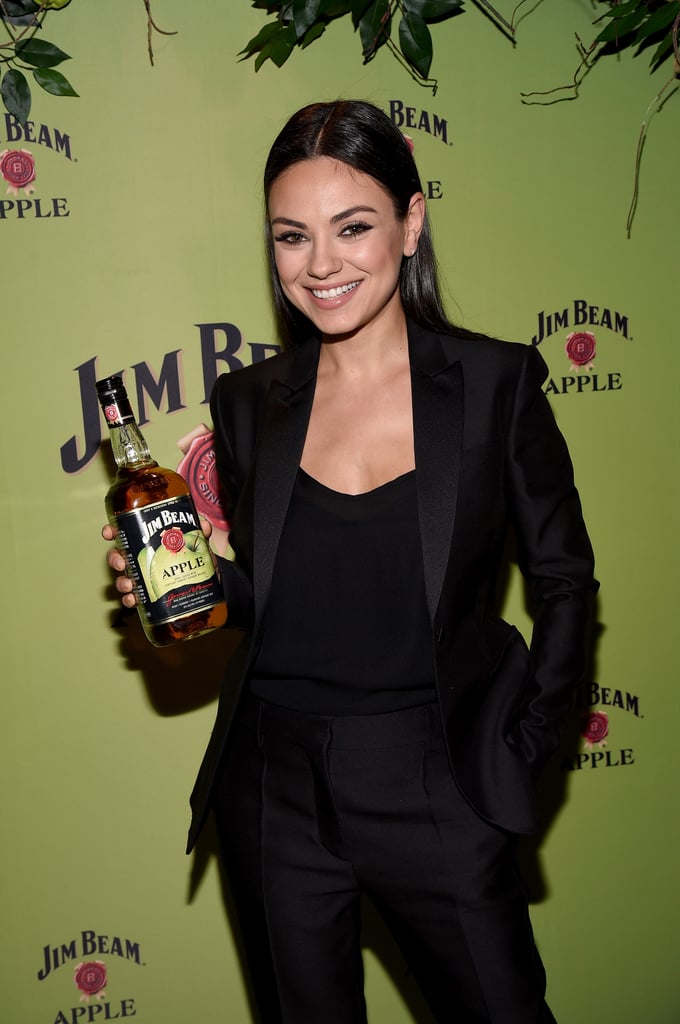 Mila Kunis struck a pose with a bottle of Jim Beam's new Apple Eve bourbon at the brand's launch party in NYC on Tuesday. The actress, who was named as Jim Beam's global brand partner in 2014, smiled for the cameras in a sleek black outfit and took the stage to give a toast with Fred Noe, a seventh generation Jim Beam distiller. We haven't seen too much of Mila since she and husband Ashton Kutcher welcomed their daughter, Wyatt, last year, though she has popped up at a couple of fashion events in LA and the annual Stagecoach festival in Indio, California. Mila and Ashton tied the knot in a secret garden ceremony back in July and seem to be relishing their time as newlyweds and parents, but both have work projects lined up; Mila is continuing her voiceover work on Family Guy through 2016, and Ashton is reuniting with their That '70s Show costar Danny Masterson for a new TV series called The Ranch next year. Keep reading to see Mila's night out with Jim Beam.