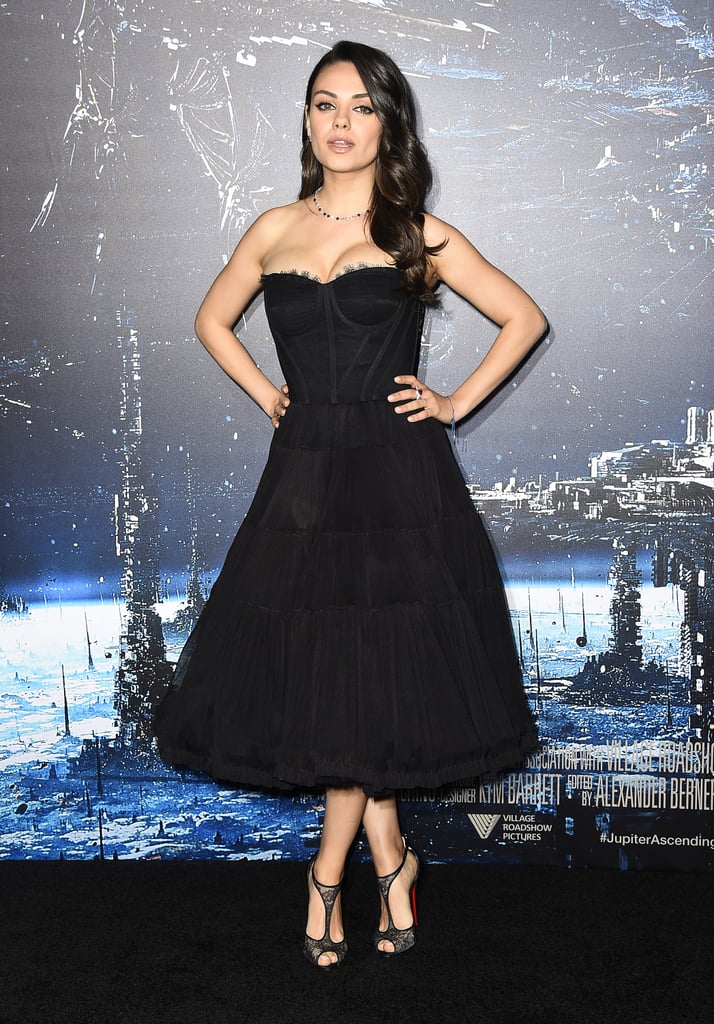 Mila Kunis stole the spotlight when she stepped out wearing a black Dolce & Gabbana dress for the LA premiere of Jupiter Ascending on Monday. It was the first red carpet appearance for Mila since she gave birth to Wyatt, her first child with Ashton Kutcher, in Autumn. The new mum gave her first postbaby interview on The Late Late Show With Craig Ferguson in December, opening up about motherhood and joking that their daughter's teen years will be "daddy's problem." Meanwhile, Ashton has had plenty of sweet things to say about their child, too; when he appeared on The Talk, he gushed, "I kind of have a hero complex. I'm somebody's hero now."

For Monday's premiere, Mila was joined by her costar Eddie Redmayne, who also attended the Oscar Nominees Luncheon earlier in the day. Keep reading to check out all the best pictures from the Jupiter Ascending premiere.

Space Jam 2
LeBron James Put Family (On and Off Screen) First at the Space Jam: A New Legacy Premiere
by Grayson Gilcrease 1 week ago