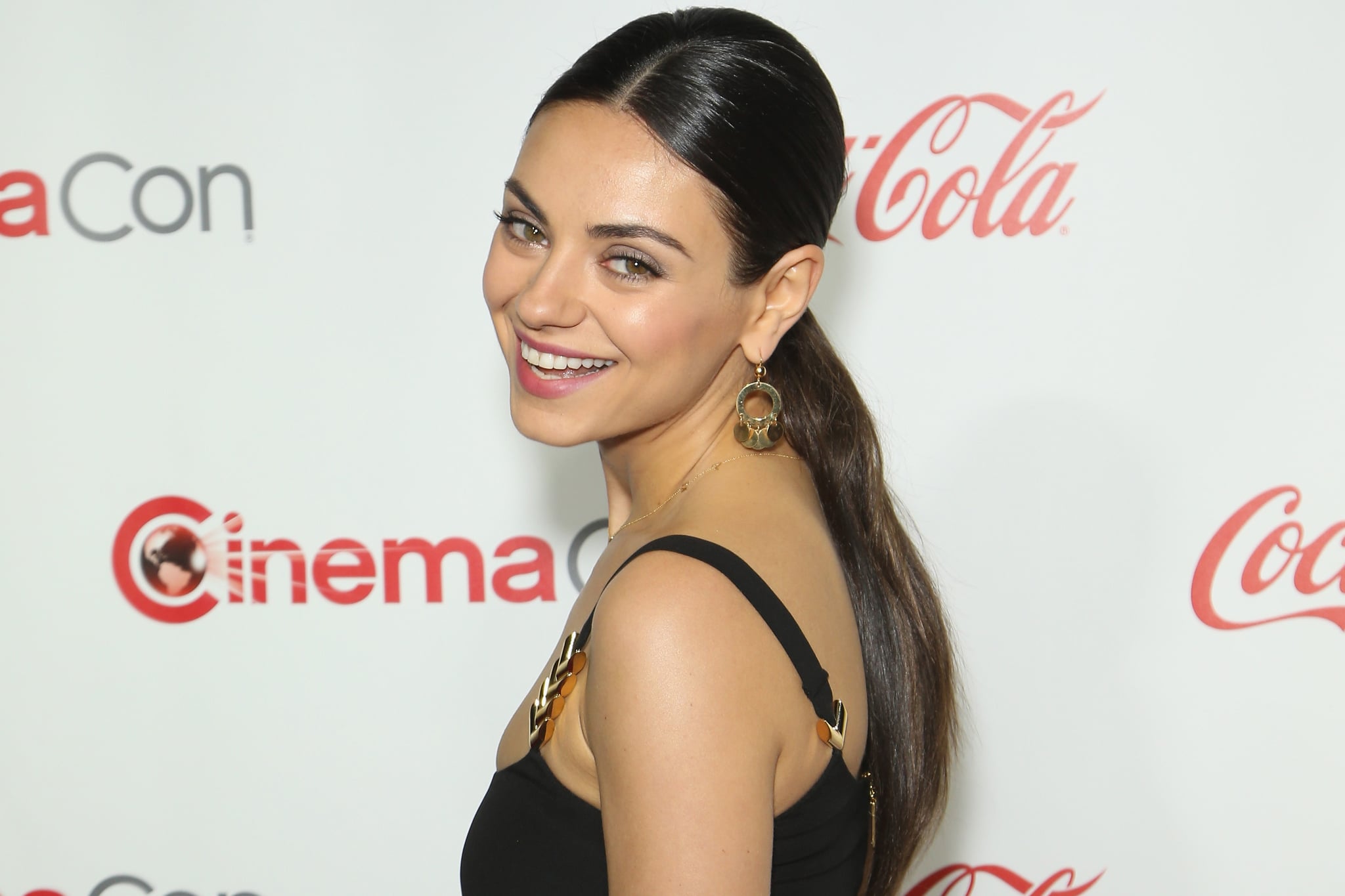 Months before Mila Kunis and Ashton Kutcher announced they were expecting a second child, I got the chance to talk to Mila on the set of her new film, Bad Moms. Sitting next to her costars, Kristen Bell and Kathryn Hahn, Mila spoke to our small group of reporters in the salad dressing aisle of a supermarket on the outskirts of New Orleans. It wouldn't be the place I'd think she'd get candid about motherhood, but I was wrong. In fact, given that her character in the comedy is a suburban mother who is stretched too thin and snaps under the pressure of perfection, she was more than happy to talk about what it's been like bringing up little Wyatt Isabelle. Warning: the following quotes are extremely relatable.