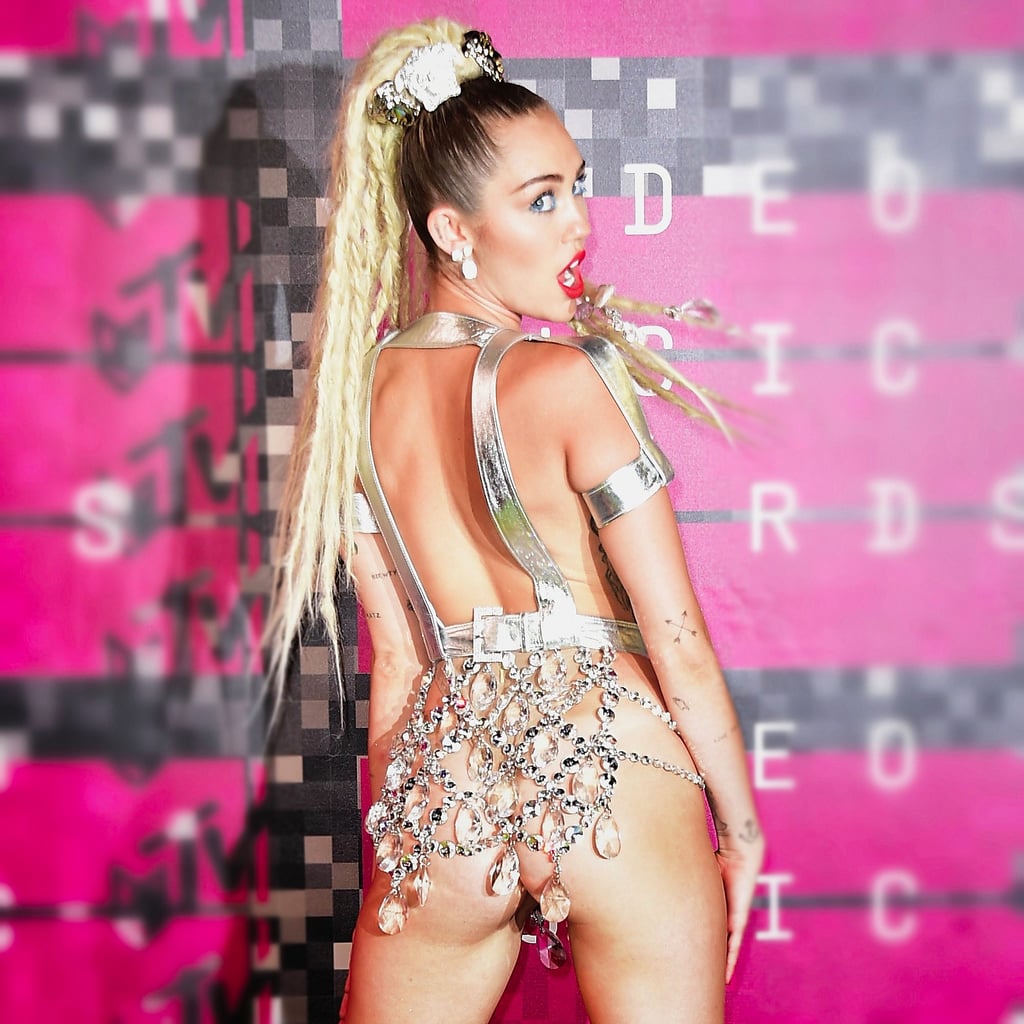 See Miley Cyrus's Chill Night at the VMAs vs. Her Wild One in 2015

Miley Cyrus attended the MTV VMAs on Sunday, and her appearance was jarringly different than the last two times she's been at the show. Despite skipping the red carpet, the singer performed her new single, "Younger Now," on stage. In addition to rocking an Elvis Presley-inspired outfit, she also worked the stage with the dancers from her music video.

The performance, as well as her entire night, is a far cry from the Miley we got used to seeing in recent years. In 2013, she basically had everyone's jaws on the floor when she put on a raunchy performance with Robin Thicke. And in 2015, she hosted the show and left very little to the imagination with her wild outfits, had that spur-of-the-moment feud with Nicki Minaj, and shared a joint with photographers.

But Miley's chill night shouldn't come as a surprise to her fans. The star has been vocal about recently quitting weed and getting back to her roots with her new album. She's also been back together with fiancé Liam Hemsworth for almost two years now, and while he wasn't at the VMAs, it's clear that their rekindled romance has had an effect on Miley's public persona. Keep scrolling to check out photos from her night vs. 2015 to see the crazy difference!