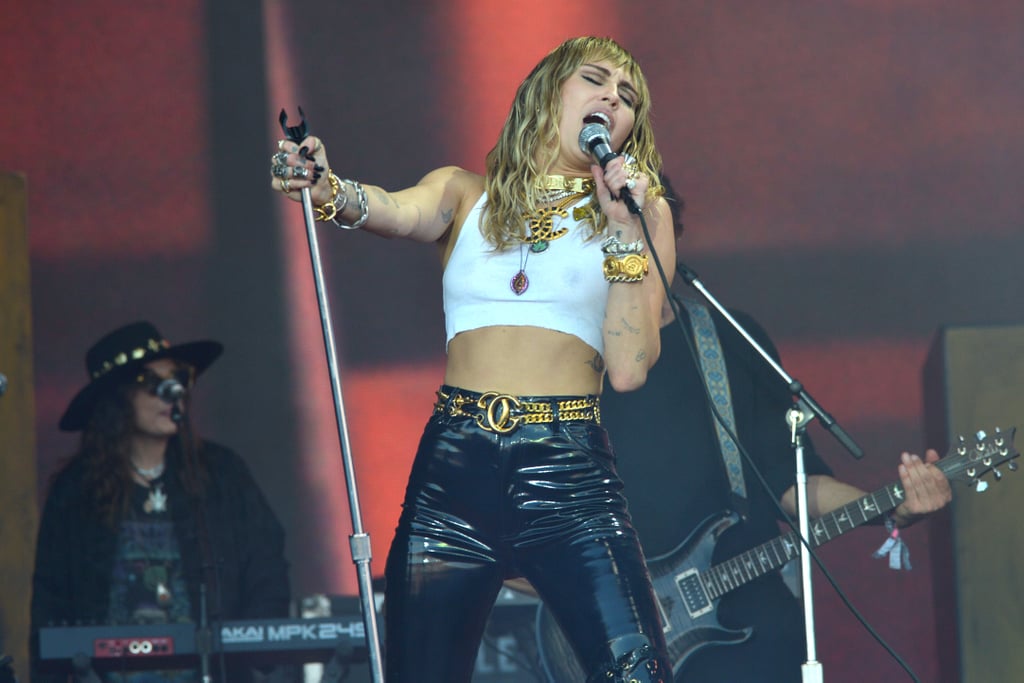 Miley Cyrus was just one of the many major musicians on the Glastonbury 2019 lineup, headlining alongside a list of megastars that included Kylie Minogue, Janet Jackson, Liam Gallagher, Stormzy, Lauryn Hill, and Hozier, as well as with some of the industry's hottest newcomers like Lizzo and Billie Eilish. Cyrus performed on Sunday, the last day of the festival (lucky for her, avoiding the extreme heat from the day before), and she didn't disappoint — belting out some of her top hits and bringing guest star after guest star on stage.

Cyrus's set included a mix of new hits, old favourites, and several covers, including Dolly Parton's "Jolene." She brought Mark Ronson on stage to perform their hit "Nothing Breaks Like A Heart," which then led into a cover of Amy Winehouse's "Back to Black." This was followed by a medley of new hits — "Mother's Daughter" from her upcoming album She is Miley and "On A Roll," the song by her character Ashley O on Season 5 of Black Mirror (she even broke out the purple wig) — and a performance of "Party in the USA" with an appearance from rapper Lil Nas X.

Related:
Miley Cyrus Brings Passion and Power to Her Cover of Amy Winehouse's "Back to Black"

It's also no surprise that she made her Glastonbury performance a family affair, bringing her dad Billy Rae Cyrus on stage so they could all perform Billy Rae's new song with Lil Nas X, "Old Town Road."

When it came to her style for the set, Cyrus looked like the quintessential rock star in a simple white crop top and black leather pants with layers and layers of gold and silver rings, bracelets, and necklaces (including a pretty major Chanel chain with a huge double "C" charm). Her gold Gucci belt spelled out "Glastonbury" along the back, while her black lace-up boots were punctuated with metal buckles and accents. Her beauty look helped with the overall rock 'n' roll vibe, her hair styled in lank, slightly greasy waves, with makeup artist James Kaliardos playing up her eyes with both black winged liner and strong shadow blended along the creases of her eyes. Keep reading to see the look up close, as well as Miley belt her heart out in this epic set. 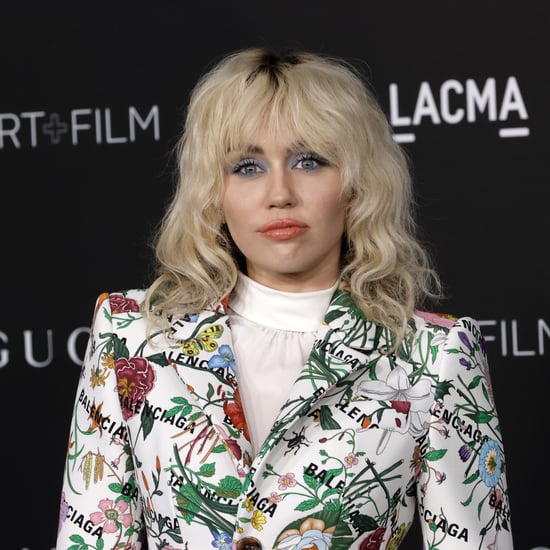 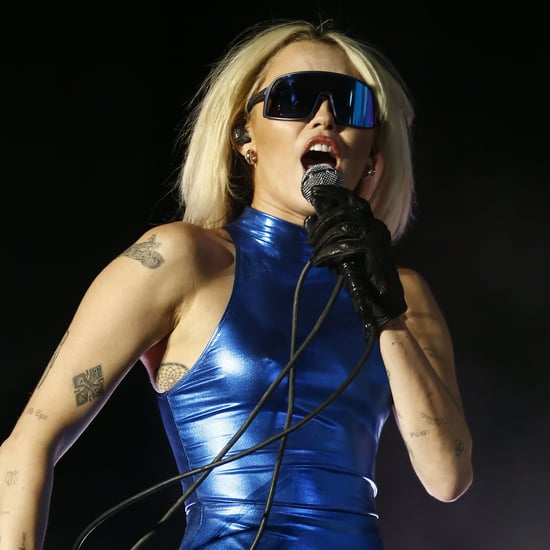 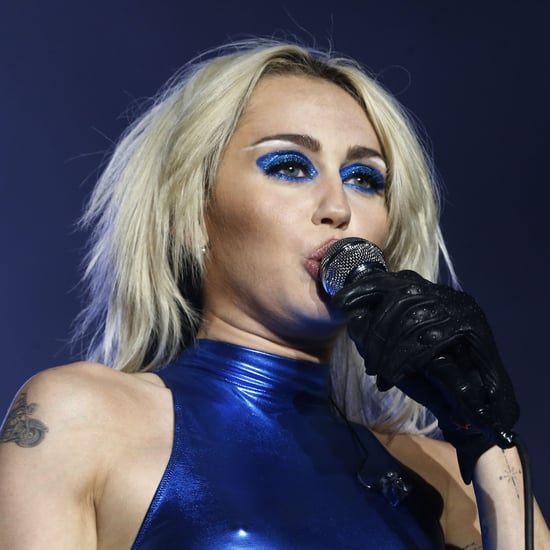