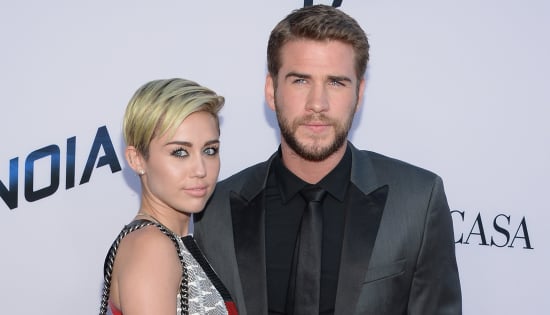 Miley Cyrus and Liam Hemsworth have officially ended their engagement. People magazine reports that both of the stars' reps have confirmed the news. The two have had a lot of ups and downs over the past few months, and they reportedly briefly called off their relationship back in March when Miley was spotted without her engagement ring. However, the two eventually got back together, just as Miley was preparing to embark on a worldwide promotional tour for her new music.

While Miley has stopped talking about her relationship publicly, she did hint that things were rocky for the two in her most recent interview for Harper's Bazaar, which was released online today. Miley told the magazine that she currently isn't ready to start planning her wedding since her schedule has become too busy. She also raised eyebrows over the weekend when fans noticed that she had stopped following Liam on Twitter.