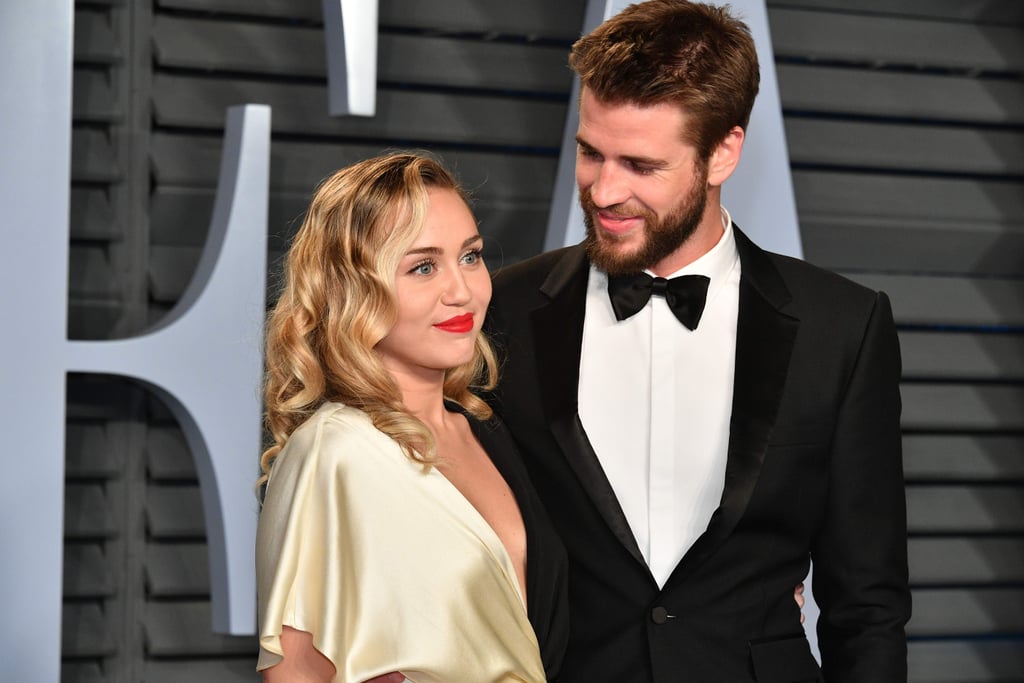 Wedding bells are definitely in the air this holiday season! It looks like longtime loves Miley Cyrus and Liam Hemsworth may have tied the knot over the weekend — or they're getting pretty close to it. Speculation has been sparked after photos and video were posted that showed the couple enjoying what looks like a wedding reception, surrounded by their friends and family.

In the Instagram stories posted by surfer Conrad Jack Carr, the 26-year-old "Nothing Breaks Like a Heart" singer and the Hunger Games actor, 28 — dressed in a white dress and black tux respectively — are shown holding a knife in front of a wedding cake and cupcakes. In the background of the shot are Miley's mom, Tish, and a friend who seems to be holding a copper mug up in what looks like a toast. Carr also posted a video that shows Liam taking a "shotski" with his father, Craig, and brothers, Chris and Luke, as giant Mr. and Mrs. balloons float clearly in the background.

Though Miley's sisters, Noah and Brandi, aren't seen in any of Carr's shots, Noah posted a photo to her own Stories with the surfer in front of the Mr. and Mrs. balloons, as well as a selfie with tears in her eyes, giving the camera a thumbs up. Whether the celebration was for past or upcoming nuptials (all signs are definitely pointing to it being a wedding reception), it's safe to say it was an emotional one! 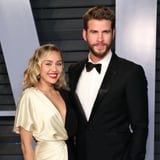 Miley and Liam famously rekindled their romance back in January 2016. While the couple has remained pretty tight-lipped about their wedding plans, they have never been shy about their feelings for one another. Considering how recently they suffered the loss of their Malibu home to the 2018 Woolsey Fire, we're happy to see they're in such a great place right now!

This also isn't the first time the two have sparked wedding bell rumours. In March 2017, Miley's dad, Billy Ray, sparked wedding rumours in March when he shared an Instagram photo of his daughter wearing a white dress and captioned it, "I'm so happy . . . you are happy @mileycyrus." Then, in August 2017, photos of Liam hanging out with Miley's mom, Tish, and sporting a thick gold band on his left ring finger made the rounds.

Since these photos definitely look like the family was celebrating their wedding, it's probably safe to say that the couple has said "I do." While we patiently wait for more details about their big day, check out the photos of the celebration ahead!

Saturday Night Live
Miley Cyrus Gets Lost in the Music During SNL Performances, and So Will You
by Kelsie Gibson 3 days ago