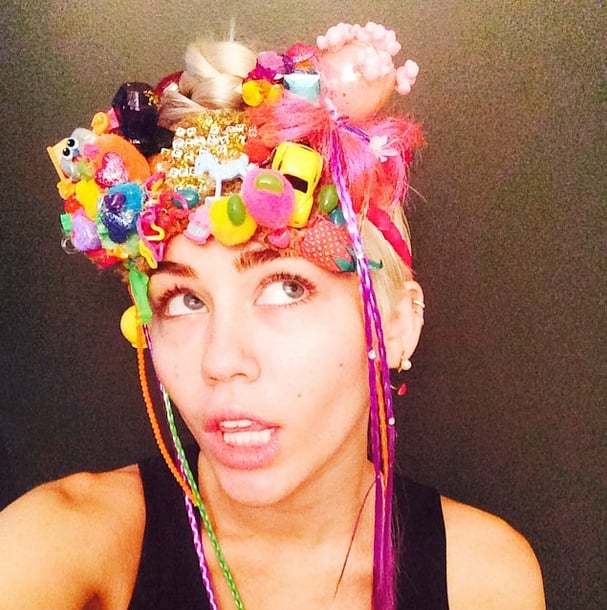 Miley on Her Art: "Money Can Buy You a Bunch of Sh*t to Glue to a Bunch of Other Sh*t"

Miley Cyrus doesn't want to be a "pop pop dumb dumb," so lately, she's been turning her sights on a new art collection called Dirty Hippie. In Miley's interview with V Magazine, the singer shares the inspiration behind her colourful sculptures, which will be featured in Jeremy Scott's New York Fashion Week show on Wednesday. Each piece is a collage of objects, and she used a range of items, including everything from joints to vibrators to a bedazzled hamster toy. Below, see photos of Miley's work, behind-the-scenes snaps she's shared on Instagram, plus what she had to say about the collection.