In case the newly released posters weren't enough to get you excited about Seth MacFarlane's upcoming comedy, A Million Ways to Die in the West, the official red band trailer is here. Charlize Theron plays a gunslinger who teaches MacFarlane how to shoot to impress his ex-girlfriend (Amanda Seyfried). Neil Patrick Harris sports a handlebar mustache, Giovanni Ribisi dances a little bit, and Sarah Silverman describes some of the incredibly unsavory details of her job at the local saloon. 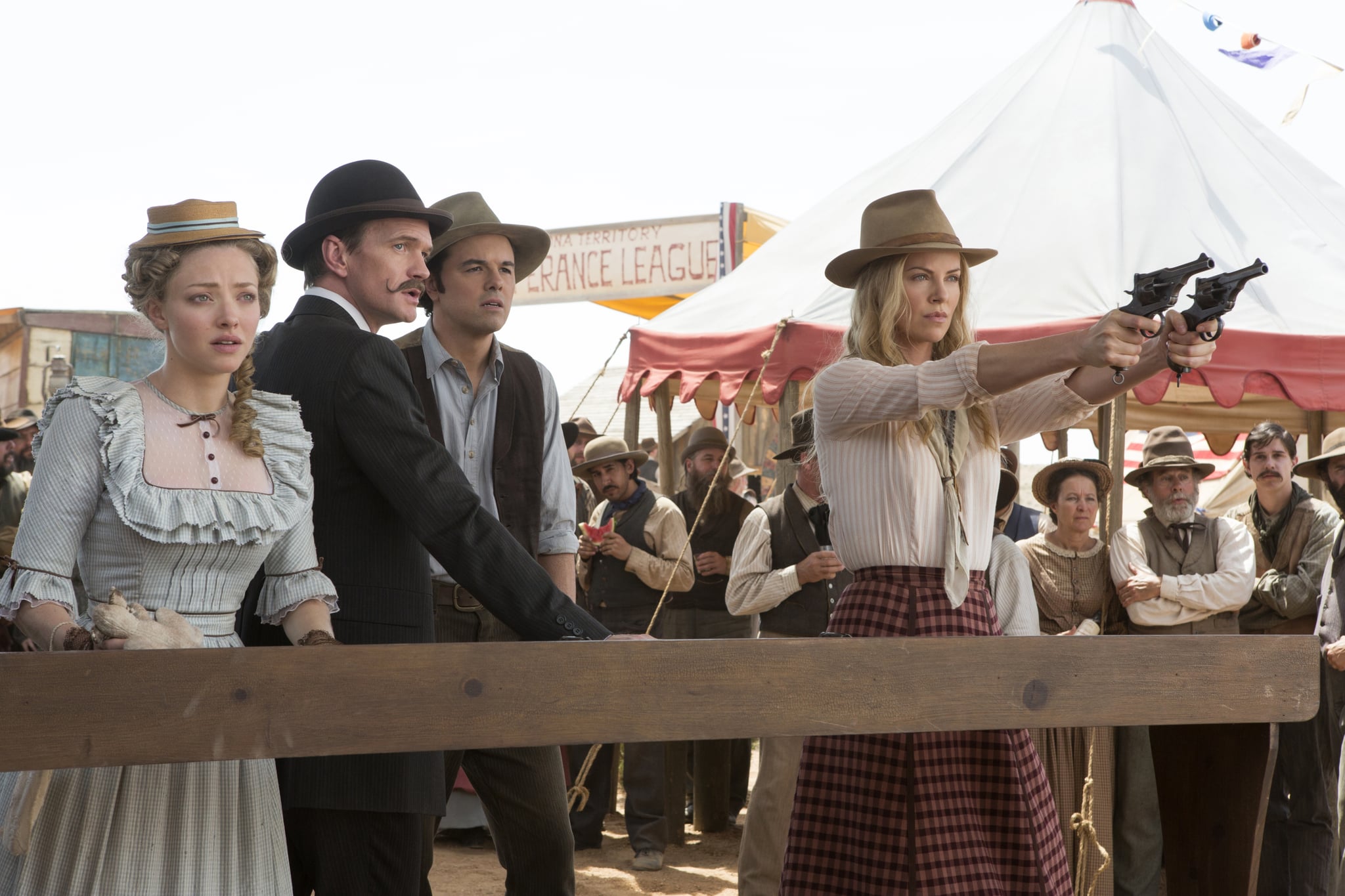 I'd never thought about how many ways there were to die in the Wild West, but according to this trailer, you could get crushed by giant cube of imported ice, you could get set on fire while trying to take a picture at the county fair, or you could just get a splinter. I'm impressed so far, and given how much I laughed at Ted, I'm not surprised (though I am delighted) by how much I laughed during this trailer. The movie opens May 30, and you can check out the trailer right now.