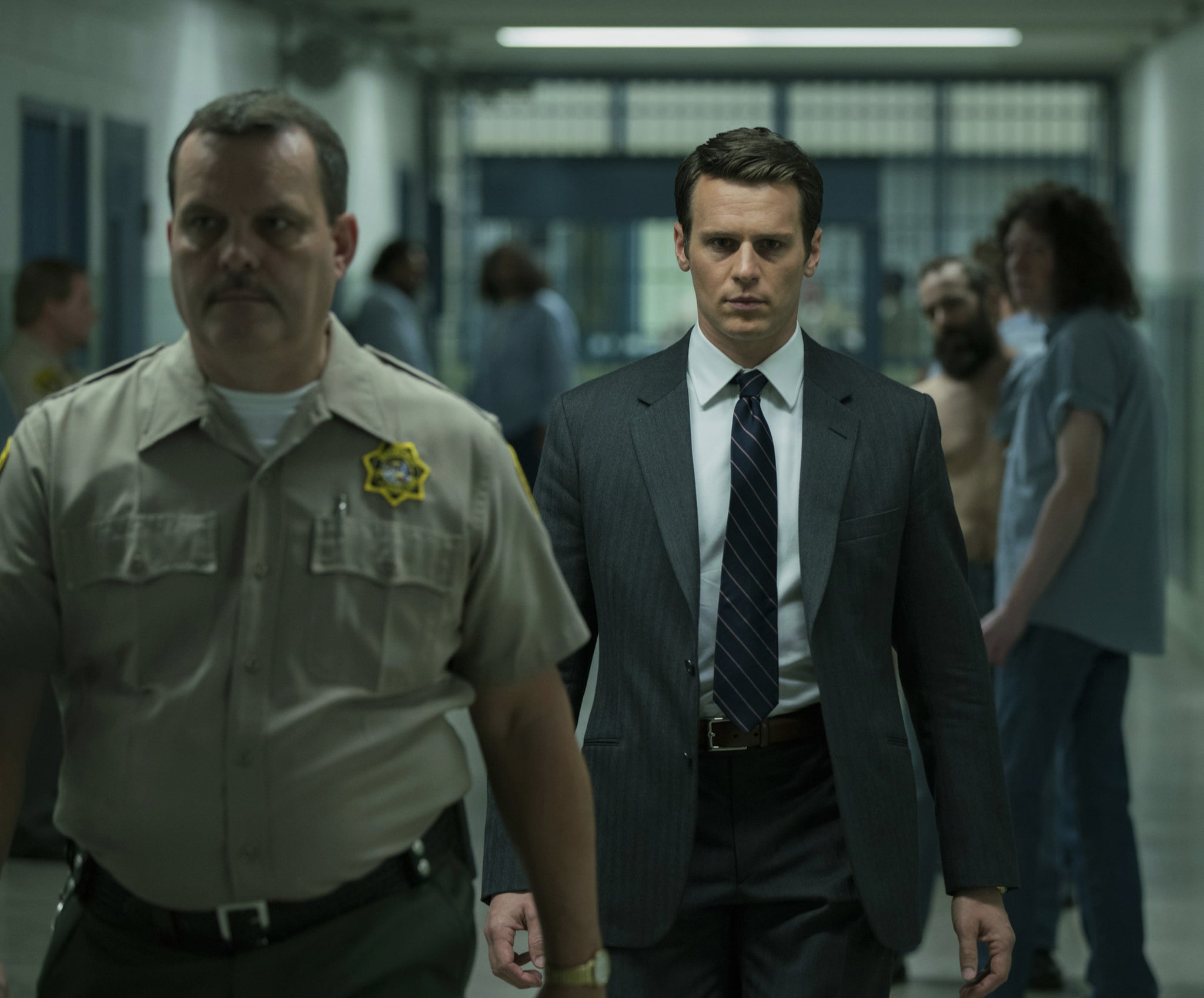 If you were to mix the dark, menacing vibes of House of Cards with FBI procedural Criminal Minds, your result might be something similar to Netflix's latest original show, Mindhunter. House of Cards executive producer David Fincher is heading up the show, which is based on the 1995 book by John E. Douglas and Mark Olshaker, Mind Hunter: Inside the FBI's Elite Serial Crime Unit (which also inspired characters in the films Red Dragon and The Silence of the Lambs). From the major players who have signed on to the series to when you'll officially be able to start obsessing over it, check out everything we know about Mindhunter below.

Although the Mind Hunter book follows the accounts of real-life Special Agent John Douglas over the course of his 25-year career, the TV version of Mindhunter will focus on fictional FBI agents. Set in 1979, season one follows FBI Agents Bill Tench (Holt McCallany) and Holden Ford (Jonathan Groff) as they interview convicted serial killers in order to help them solve current murders.

Glee and Looking alum Groff will play one of the show's leads, FBI agent Holden Ford, opposite Sully actor McCallany as Holden's superior. Rounding out the cast are Fringe's Anna Torv, The Americans actor Cotter Smith, and Unless star Hannah Gross.

If you were hoping the creative forces behind Mindhunter had CVs packed with dark and twisted projects, you're in luck. Episode directors include creator Fincher (who's responsible for films like Gone Girl and Zodiac, FYI), as well as Andrew Douglas (The Amityville Horror) and Asif Kapadia (Amy). Charlize Theron is also on board as an executive producer, making this her second show at the streaming giant behind Girlboss.

Prepare to get majorly creeped out when the show hits Netflix on Oct. 13.

Line of Duty
Line of Duty: From Marcus Thurwell to Steph Corbett's Cash, Episode 5 Is Full of Big Revelations
by Lucy Wigley 9 hours ago

Line of Duty
Who is DCS Patricia Carmichael on Line Of Duty?
by Lucy Wigley 11 hours ago