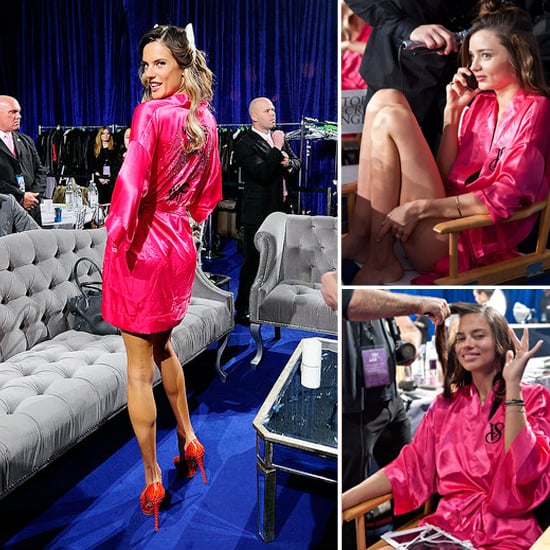 Miranda, Adriana, and Alessandra Give Us the Backstage Victoria's Secret Scoop!

The action began backstage at the Victoria's Secret Fashion Show in NYC today! Hairstylist Orlando Pita and lead makeup artist Lauren Cosenza were in charge of transforming the models into Angels, and girls like Miranda Kerr, Alessandra Ambrosio, and Adriana Lima squeezed in interviews between primping sessions. Kanye West, who's performing during tonight's show, popped between the beauty stations to say hello to some of the ladies. He was introduced to Miranda Kerr, then gave rumored lady friend Chanel Iman a big hug. The press was running all over to talk to the models, but when Kanye arrived, things really hit the fan!

Miranda Kerr spoke with us about her husband Orlando Bloom, who's attending the show this evening, and what their family will do over the holidays. Adriana Lima shared a sweet anecdote about her daughter Valentina having a playdate with Alessandra Ambrosio's little one Anja, who apparently has some angel wings of her own already.