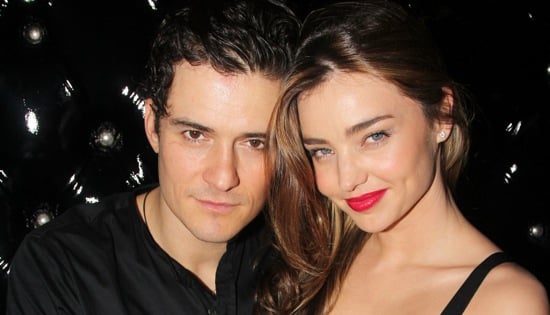 Miranda Kerr and Orlando Bloom have separated after three years of marriage, E! Online reports. Orlando's rep confirmed the sad news in a joint statement, saying, "Orlando Bloom and Miranda Kerr have announced that they have been amicably separated for the past few months," adding, "After six years together, they have recently decided to formalize their separation."

Orlando and Miranda began dating in 2007 and tied the knot in July 2010. Their son, Flynn, was born the following year. The family has been living in NYC while Orlando stars in the Broadway production of Romeo and Juliet. He and Miranda made their last public appearance together on the show's opening night in September but were spotted out together in Manhattan earlier this month. Miranda also opened up about Orlando's onstage role in November's issue of Cosmopolitan, saying, "For someone to be able to learn all that and hold the energy to do it every day, six days a week — I have so much respect for him."