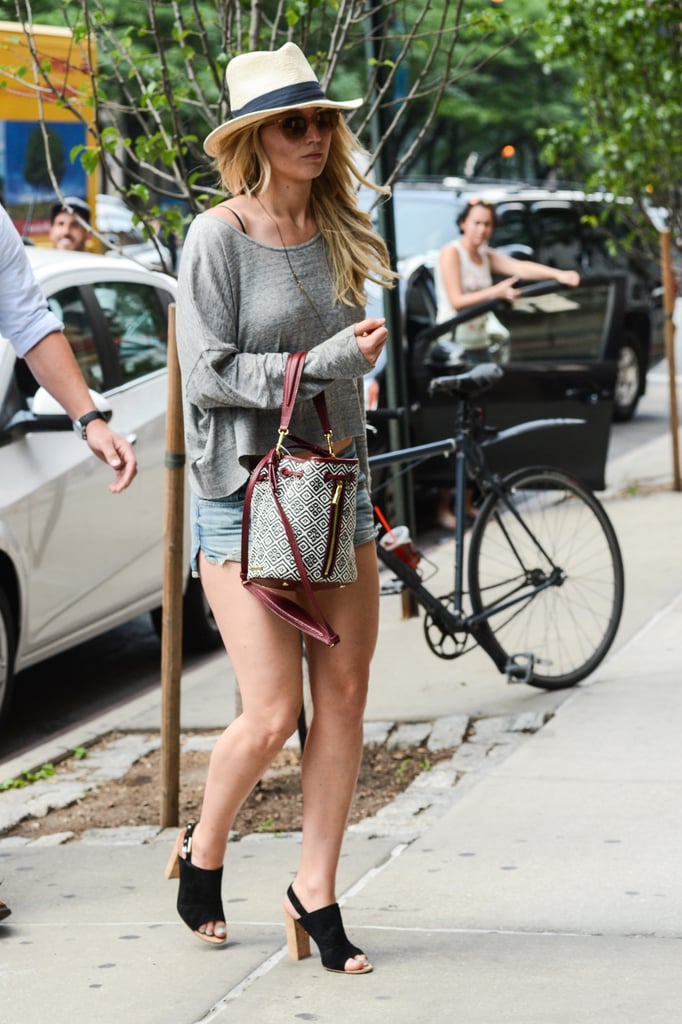 Jennifer Lawrence stepped out for two separate outings in NYC this week. On Wednesday, she was spotted looking cute and summery while walking in SoHo (with her superhot bodyguard not far behind) and followed up with another warm-weather look while leaving her hotel on Thursday. It seems like Jen is laying low in the Big Apple after a busy few months. Not only did she hit the red carpet for the Met Gala in May, but she also got back to work; director Bryan Singer shared a photo of Jen and her ex-boyfriend Nicholas Hoult on the set of X-Men: Apocalypse, which recently began filming. Another of Jennifer's big projects made the news this week, as the official trailer for Mockingjay — Part 2 dropped on Tuesday, along with lots of new photos of the cast. Keep reading to see Jennifer out and about in NYC, and find out why she's already having an awesome 2015.