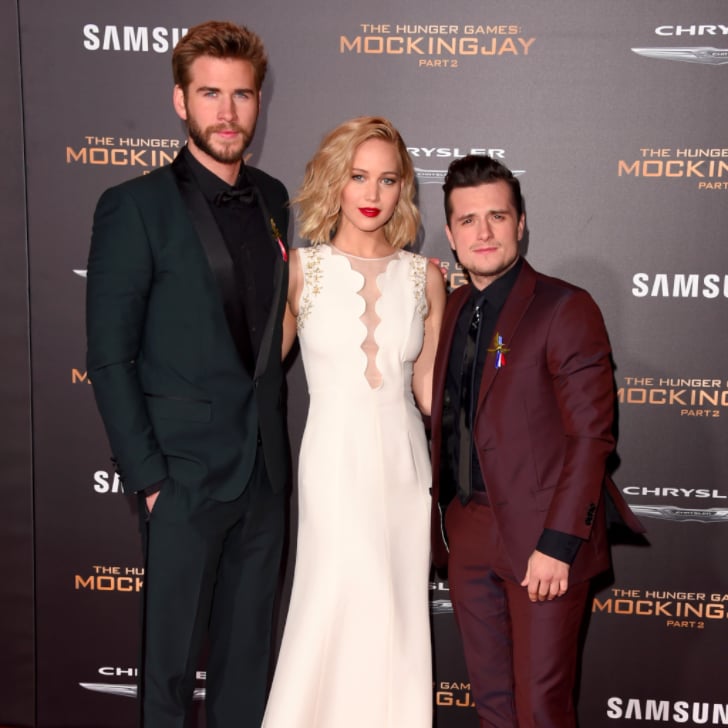 Jennifer Lawrence, Liam Hemsworth, Josh Hutcherson and the rest of The Hunger Games cast all gathered at the LA premiere of the Mockingjay — Part 2 on Monday evening. The cast wore French flag pins out of respect for the victims of the recent Paris attacks, and prior to the big night, Lionsgate announced that there would be no red carpet interviews due to the tragic events. Jennifer, Liam, and Josh have been busy making the press rounds for the final film in the franchise. After shutting it down at the world premiere in Berlin, the cast dominated the red carpet in London, and most recently, made stunning appearances while stepping out in Paris. Keep reading to see more stars and highlights from the night, and then check out the most bittersweet moments from the movie's final press tour.