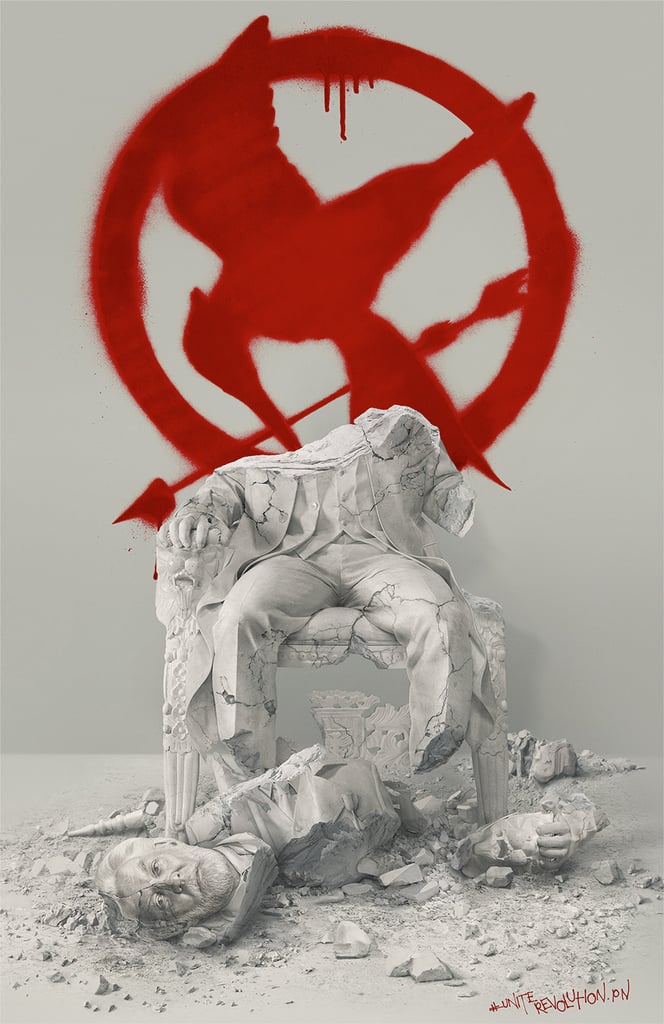 The new poster for Mockingjay — Part 2 has arrived, and it's war. A spray-painted mockingjay symbol is visible behind a shattered statue of President Snow, and the hashtag #Unite with Revolution.PN is in small print at the bottom. If you go to the Capitol's "official" website, you can see that after a few seconds, the landing page is overtaken with this image. Along with the new poster, a press release states, "President Snow's reign will soon know its end . . . Panem will turn its face / To the warming glow of a brighter future / Only after we turn our weapons to the Capitol." Yikes! This is the third poster for the franchise's final film, out on Nov. 20. Study the poster above, check out the first two posters below, and watch the first teaser that was released in March.