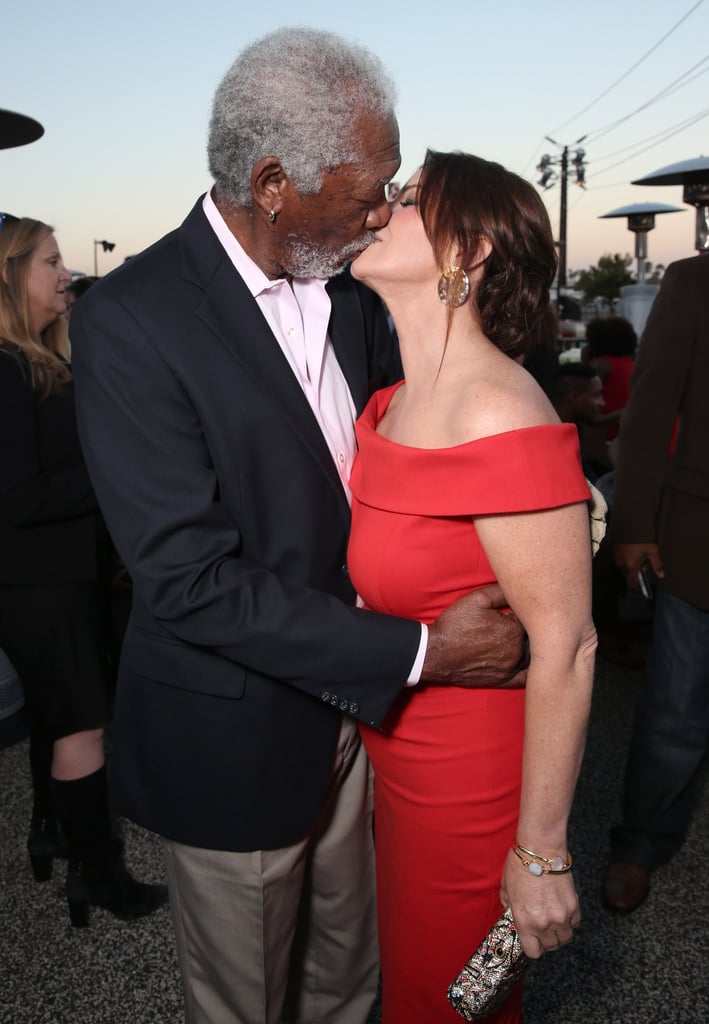 Morgan Freeman and Marcia Gay Harden attended the CBS Summer Soiree in LA on Thursday, and while it isn't clear if they arrived together or not, the former costars did share a steamy kiss on the red carpet. Morgan and Marcia, who starred together in the 2009 comedy The Maiden Heist, stayed close while posing for photos and putting their PDA on display. For what it's worth, both stars are currently single — but this could also just be their friendly way of saying hello.