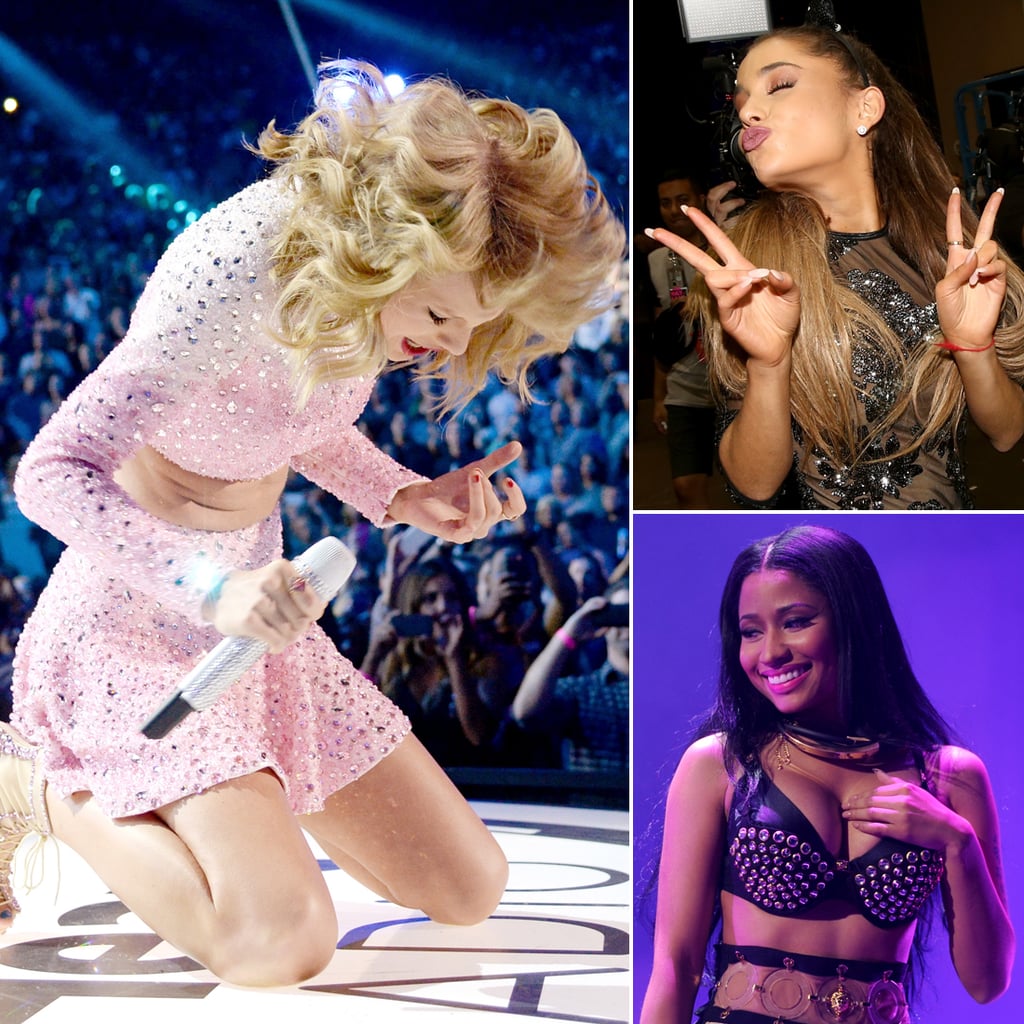 The iHeartRadio Music Festival took over Las Vegas this weekend, with chart toppers Taylor Swift, Ariana Grande, and Nicki Minaj bringing massive spectacle to the stage at the MGM Grand Garden Arena. After stunning on the red carpet on Friday, Taylor performed a medley of hits, including her latest smash "Shake It Off," as fans sang along. Ariana and Nicki not only performed together, but also brought big energy to their own sets. Meanwhile, the backstage became a celebrity hot spot, as Jennifer Lawrence added some major star power before new boyfriend Chris Martin performed with Coldplay. On the hot men front, One Direction popped up on the red carpet, and Chris Pratt showed serious PDA with Anna Faris on Saturday. Scroll through to see all the stars at this year's festival!