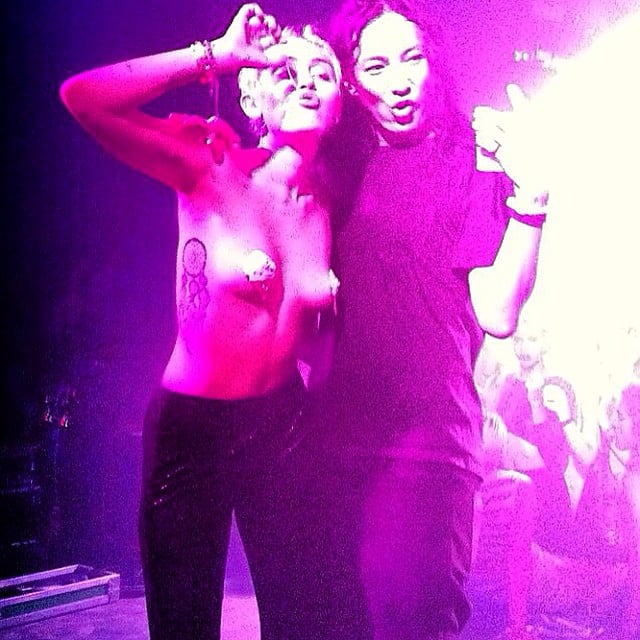 Miley Cyrus has shown her tame side lately (remember her mature look at the MTV Video Music Awards?), but it doesn't mean she's going to stop having fun. On Saturday, the singer let loose at Alexander Wang's Secret After Party to celebrate the star-studded New York Fashion Week. Donning trousers, two tiny pasties that look like ice cream cones, and not much else, Miley left little to the imagination as she partied with pals on the dance floor. Along the way, the former Disney star snapped several pictures and even a video under the strobe lights, which she shared on Instagram. "Best night eva with @alexanderwangny," she captioned one of the pictures.

Miley recently grabbed headlines for raising awareness about homeless youth at the VMAs in August. She brought Jesse Helt, a homeless friend she met in LA, as her date and even asked him to accept her best video award on her behalf. Jesse used his time at the mic to shed light on the issue. In the following week, the focus turned from Miley's work with a homeless center to Jesse's outstanding arrest warrant in Oregon. Meanwhile, Miley opened up about her former fiancé, Liam Hemsworth, in an interview, saying, "I love Liam; Liam loves me."