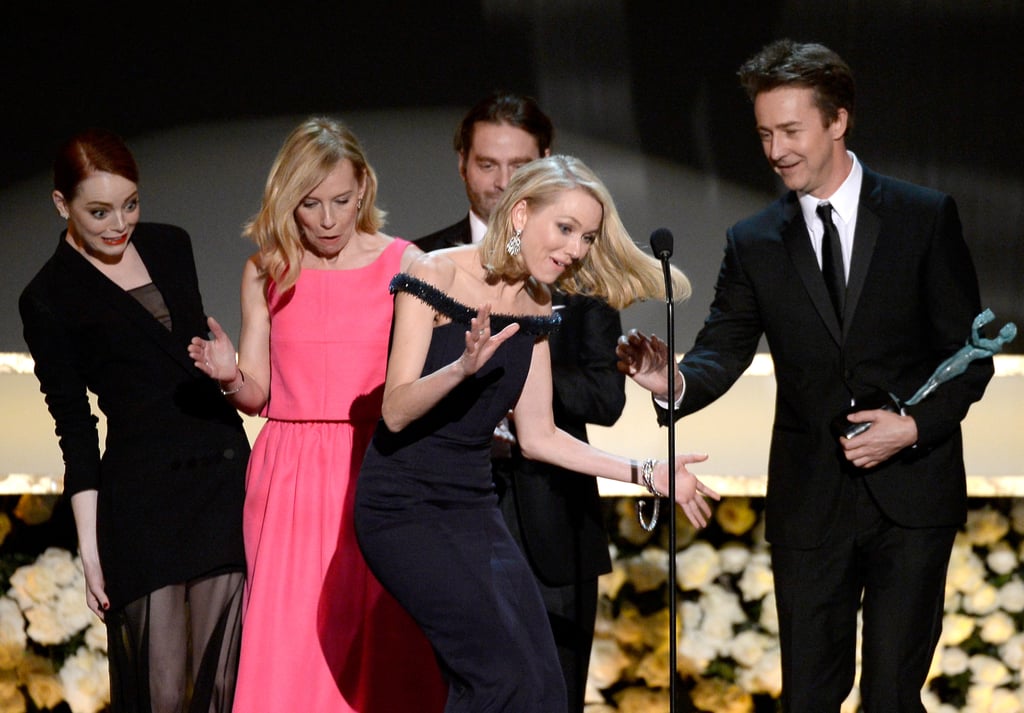 Naomi Watts Almost Face-Planted at the SAG Awards, and It Was All Emma Stone's Fault

The cast of Birdman was one of many winners at the 2015 SAG Awards, and when they took the stage to accept their outstanding performance by a cast in a motion picture statue, disaster almost struck. As Naomi Watts approached the microphone to say a few words, her shoes snagged on Emma Stone's dress, causing her to stumble and nearly fall on her face. Luckily, she regained her footing, but her and Emma's faces during the mishap were priceless. See the full moment in motion below.