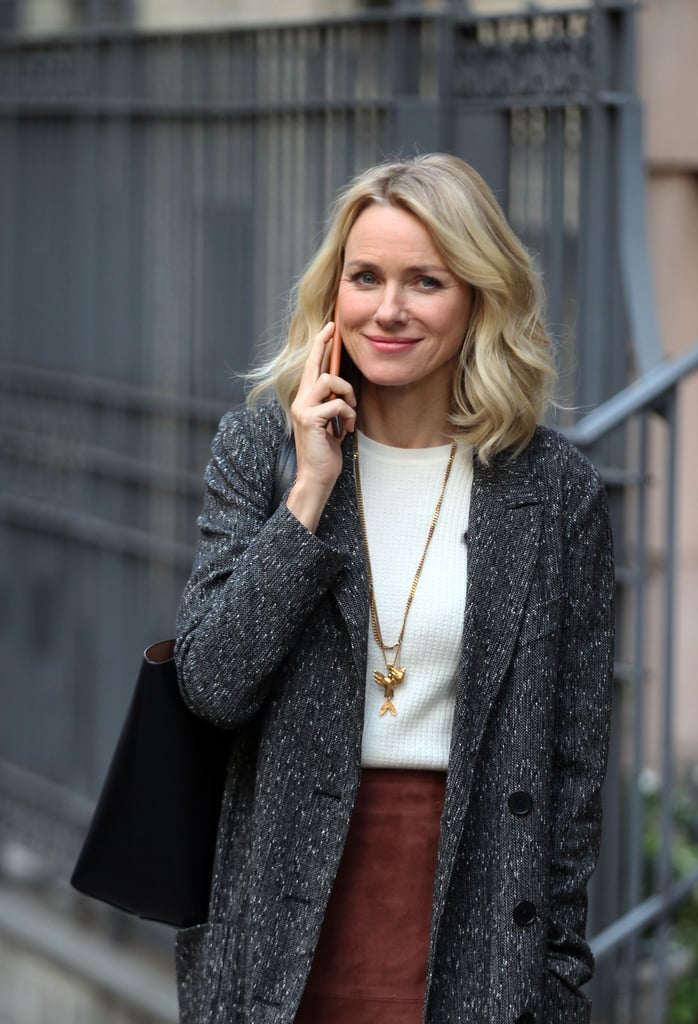 Naomi Watts was spotted on the set of her new upcoming Netflix series Gypsy in NYC on Monday, the same day as it was revealed that she and her partner of 11 years, Liev Schreiber, were splitting. The Aussie actress appeared to be all smiles as she filmed scenes for the psychological thriller, in which she'll star as a therapist who begins to develop dangerous, intimate relationships with the people in her patients' lives.

Naomi and Liev announced their breakup in a statement that read, "Over the past few months, we've come to the conclusion that the best way forward for us as a family is to separate as a couple. It is with great love, respect, and friendship in our hearts that we look forward to raising our children together and exploring this new phase of our relationship." Though the two never married, they had been together since 2005 and share two sons, Alexander (who goes by Sasha) and Samuel. The couple last hit the red carpet together at the Toronto Film Festival earlier this month, but Liev recently brought Sasha as his date to the Emmys.

Previous Next Start Slideshow
Stars On The SetNaomi Watts