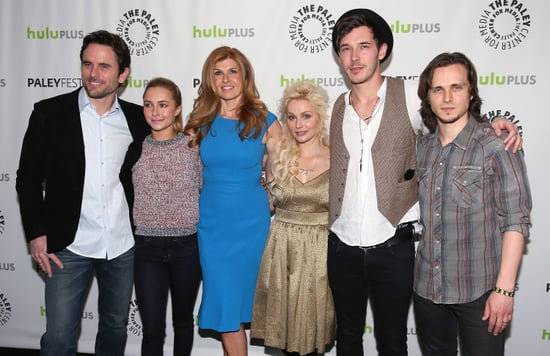 PaleyFest hosted a red carpet and panel discussion with the cast of Nashville at the Saban Theatre yesterday in LA, and we were on hand to chat with the stars of the drama. The show returns to the airwaves on March 27, and the cast gave us some clues about what to expect from the show's many romantic entanglements. They also weighed in on what they've heard about the show getting picked up for a second season and the rumors of a Nashville concert tour. We also got the scoop on a few famous faces who will be appearing on the series before this season comes to a close. Here are some highlights: