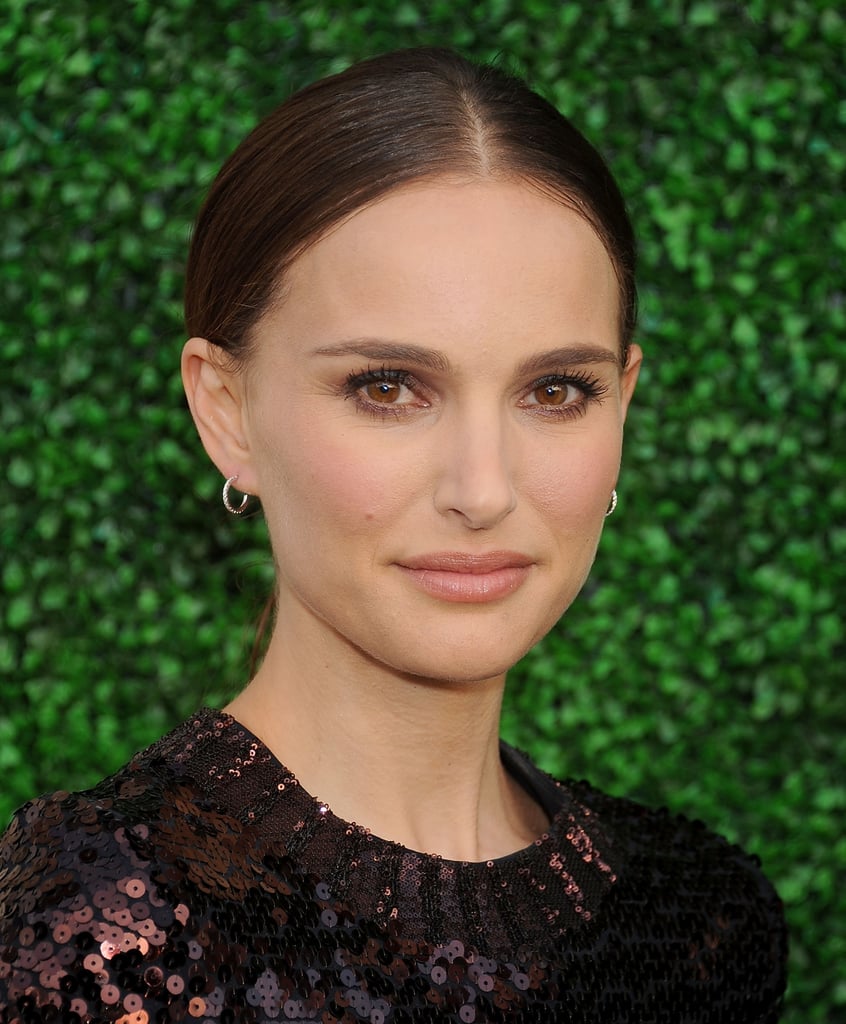 Natalie Portman made a rare red carpet appearance when she attended a UCLA gala in LA on Tuesday. The actress posed for photos with Younes and Soraya Nazarian, the founders of the Center For Israel Studies, and gave a heartfelt speech to the crowd inside the event while honouring Amos Oz, an Israeli author and journalist whose 2002 memoir, A Tale of Love and Darkness, has been turned into a movie; Natalie directed the big-screen adaptation and will be premiering the film at the Cannes Film Festival later this month. The Academy Award winner and Harvard grad opened up about her directorial debut in the most recent issue of The Hollywood Reporter and also had lots of insightful, intelligent, and poised musings about the Israeli government, the culture in her adopted home of Paris (she relocated to the city with her husband, French choreographer Benjamin Millepied, and their 3-year-old son, Aleph), and Hollywood's "worship" of awards — she even admitted to not knowing where her own Oscar statue is, saying, "I haven't seen it in a while." Keep reading for eight quotes from Natalie Portman that will remind you just how great of a role model she is.