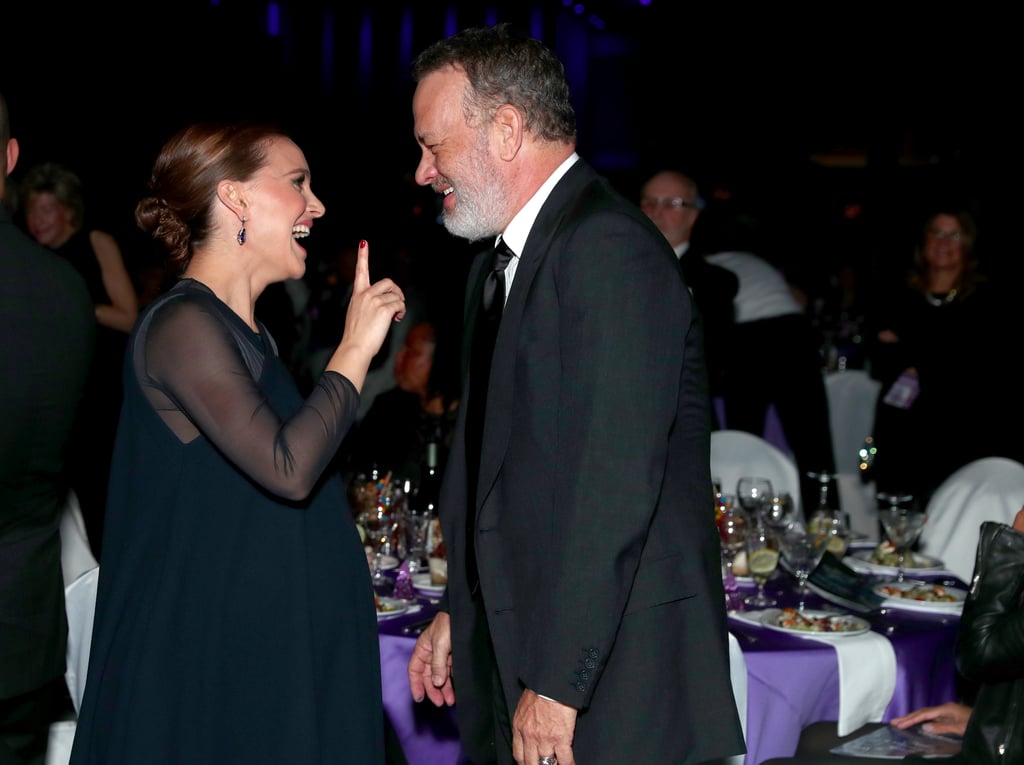 Natalie Portman, who is expecting her second child, had two very important men in her corner on Monday night: ballet star and husband Benjamin Millepied and actor extraordinaire Tom Hanks. Portman was honoured at the Palm Springs International Film Festival's annual gala for her widely lauded performance as Jacqueline Kennedy in Jackie. After walking the red carpet with Millepied, she accepted the Desert Palm Achievement Award from none other than Hanks. He raved about Portman in his introductory speech and insisted that she was "the only actor" equipped to play the famous first lady, thanks to the "unknowable mystery" she maintains despite her level of fame.

"I think I can retire now after getting Tom Hanks to say all those nice things about me," a beaming Portman said as she took the stage. "My grandmother, when she moved to Palestine from Romania . . . in the late 1930s, she and her roommate shared one dress. And they had to take turns who would go out for the day. The other one would stay home, in bed, in their underwear while the other friend got to be out working and wearing their one dress. So I think it would tickle her, I would hope, to know that I got to play the best dressed woman in the world."

Portman won the Critics' Choice Award for the role last month and is up for a Golden Globe this weekend as well. Coincidentally, she and Millepied last attended this film festival when they were expecting their now-5-year-old son, Aleph, in 2011. Portman was celebrating being honoured for her role in Black Swan at the time. Not only did she and Millepied meet on the set of the thriller, but her performance in the film also earned the star her first Oscar.