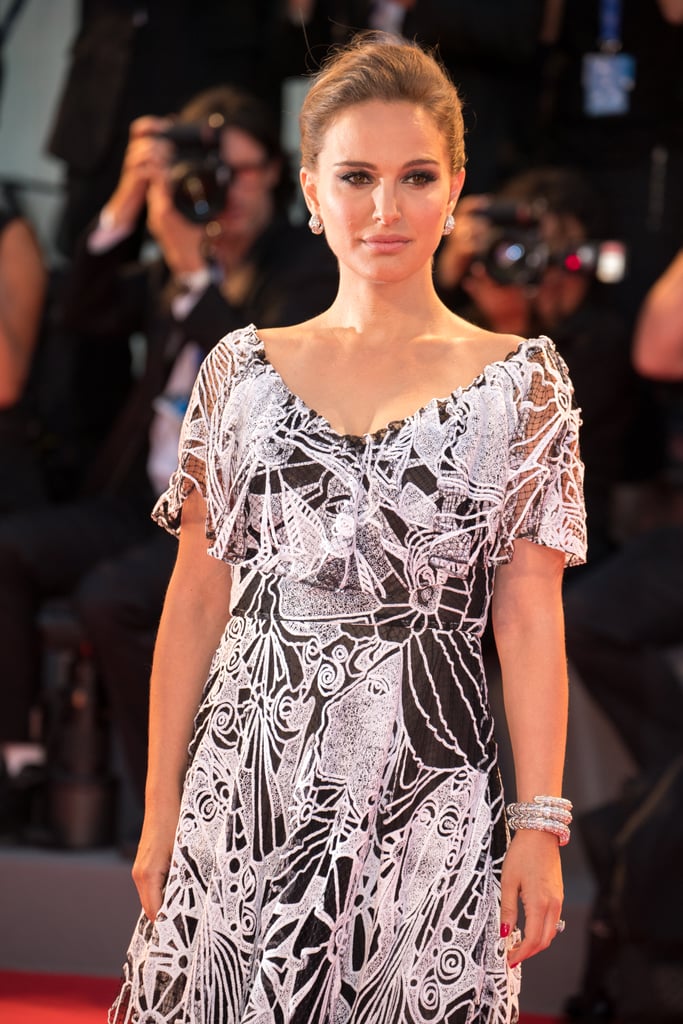 Natalie Portman popped up on the red carpet at the Venice Film Festival on Wednesday. The actress made two appearances, first attending the photocall for her film Jackie with director Pablo Larrain, and later glamming it up for the movie's high-profile premiere. Natalie has been keeping busy lately promoting Jackie — in which she plays Jacqueline Kennedy in the days after John F. Kennedy's assassination in 1963 — and her stunning arrival in Italy didn't come without its fair share of speculation. Shortly after Natalie made her way to the film's photocall, some outlets reported that the 35-year-old actress is pregnant with her second child; Natalie and her husband, ballet dancer Benjamin Millepied, are already parents to son Aleph, who was born in June 2011.