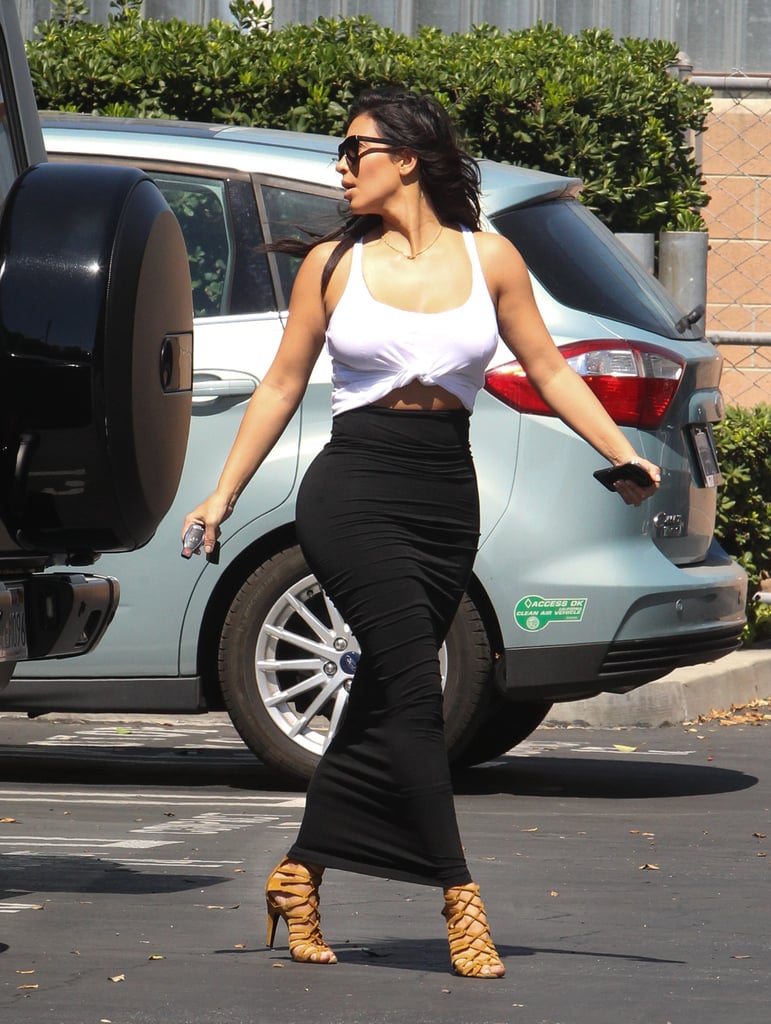 Kim Kardashian put her famous curves on display when she ran errands around LA on Wednesday. While the reality star looked extraglamorous in a skintight skirt and knotted tank top, it was apparently a low-key look in her book as she shared a shot of her outfit on Instagram, saying simply, "#Casual." Kim and Kanye West are back on the West Coast after traveling to Australia to wrap up the final leg of Kanye's Yeezus tour. While down under, Kim let slip that she and Kanye are trying for another baby but that it is currently "in God's hands." The pair welcomed their daughter, North West, back in 2013.