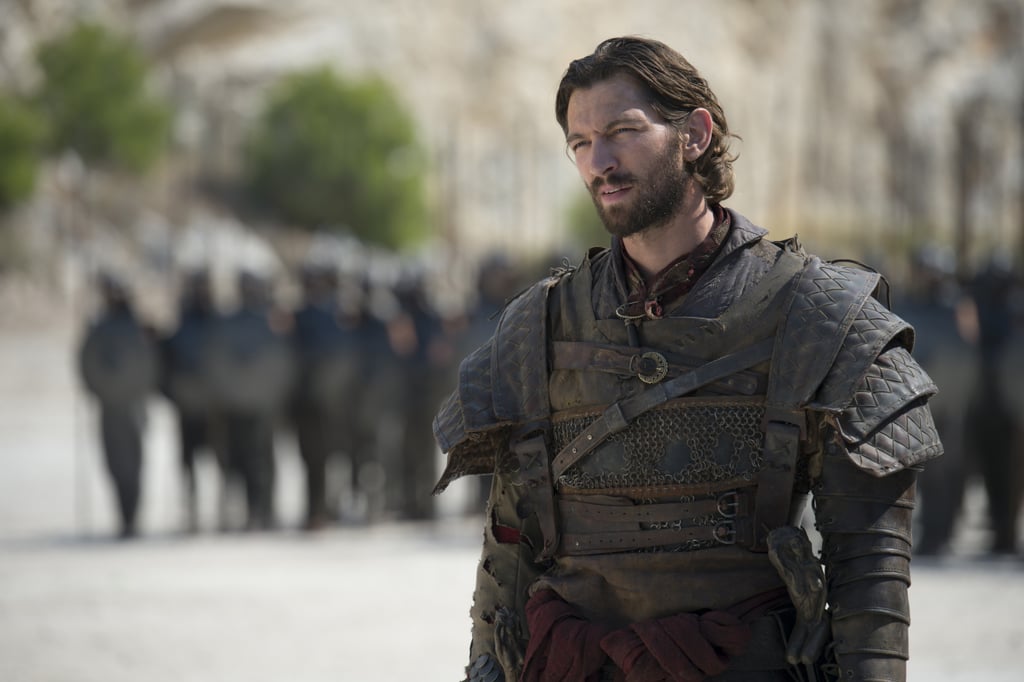 Daario Naharis has fully captured Daenerys Targaryen's attention on Game of Thrones, and we don't blame her. The hit series returned with its season five premiere on Monday, and among the many memorable moments is a sexy scene with Daario (Michiel Huisman) and Daenerys (Emilia Clarke). If that look at Daario's backside had you doing a double take, well, there's more where that came from. The handsome character has had more than a few sexy moments on the show, and he gets extra hot points for his wit and bravery. To celebrate the return of the show, check out some of the sexiest Daario Naharis GIFs out there, then learn more about Michiel Huisman and see a complete ranking of the hottest guys on Game of Thrones!